“I asked this guy out for lunch & he came with a friend; see my total bill – Lady cries 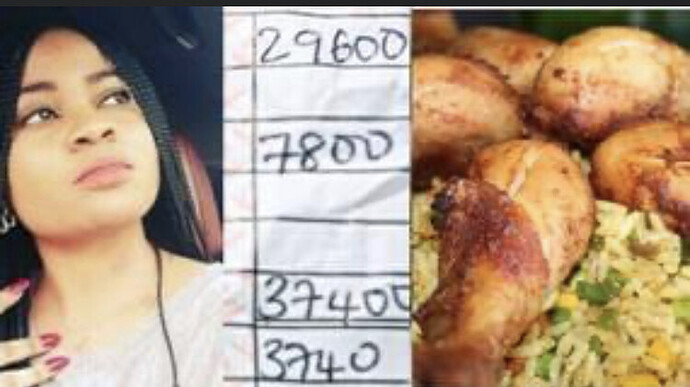 A lady has been expressed outrage at the amount of bill she had to pay after a young man she had asked out for lunch turned up with his friend.

The Nigerian lady took to Twitter to lament after being shown just a little of what men have learnt the hard way to cope with.

According to the lady identified as @Steadi_Lady on the microblogging platform, she had not expected the guy to come with another person, so the bill she had to foot at the end of their date blew her mind. 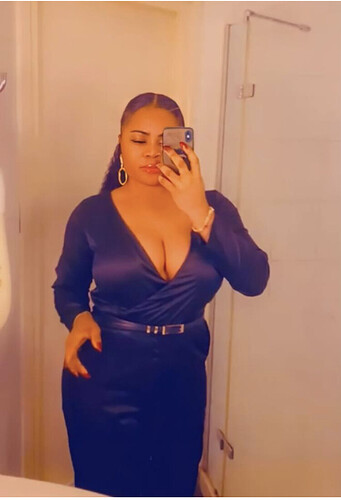 “So, I asked this guy out for lunch and he came with his friend. LOL. “

See my total bill.
“Guess women are not the only “hungry” ones again,” @Steadi_Lady wrote on Twitter. 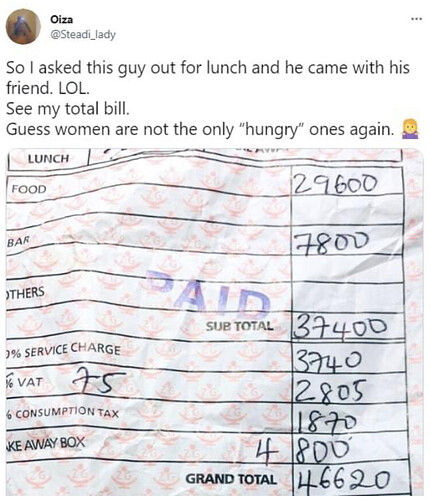 Why are you crying my sister

. You guys taught us how to do it

Half time. The scores now is

Ladies do that all the so why is this news, because it a man? She should pay the bills and stop ranting on social media. She’ll now appreciate what men go through with with women

I’m glad men are finally learning and mastering the art. It’s a game on.

I tell you my brother

. It’s really nice when you do a perfect payback

woow the world has changed totally but bigups to karma​:fist:

, sorry for you ooo. But you guys started this now