A visit to the Metro Mass Transit Head Office at Kaneshie in Accra revealed buses numbering over two hundred sitting at the yard unattended to.

Anonymous sources tell the news team most of the buses in the yard have developed faults.

“We won’t get even fifteen of the buses which are functioning properly. How many times have you seen any metro mass bus on the street? When was the last time you saw one? Over 90% of the buses have broken down and are just left just like that”, an anonymous person told the news team.

In the yard, however, there were lots of people believed to be workers, mostly drivers, allegedly paid for no work done. The buses at the entrance of the yard are seen scattered all over, most of them looking very dirty. Some of them have some parts broken down and seen lying on the ground while weeds have taken over portions of the yard.

The few that are still on the road are hardly washed.

As of 8:30 am Monday, September 5, when the news team visited the yard, there were no officials on duty, security personnel told the news team. 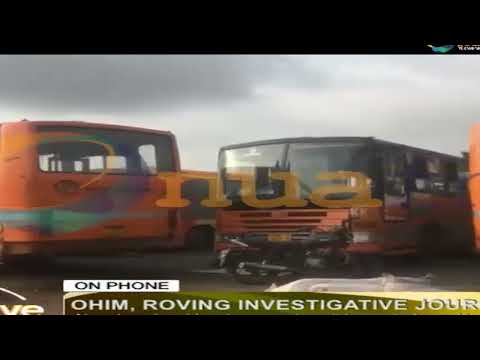