How modern mathematics emerged from a lost Islamic library 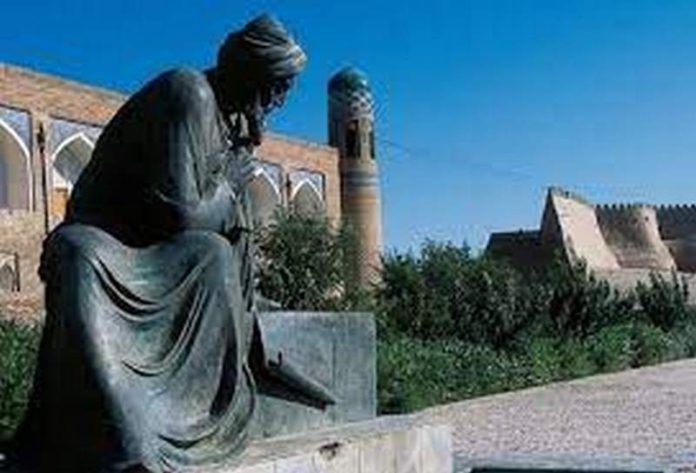 Centuries ago, a prestigious Islamic library brought Arabic numerals to the world. Though the library has long since disappeared, its mathematical revolution changed our world.

The House of Wisdom sounds a bit like make-believe: no trace remains of this ancient library, destroyed in the 13th Century, so we cannot be sure exactly where it was located or what it looked like.

But this prestigious academy was in fact a major intellectual powerhouse in Baghdad during the Islamic Golden Age, and the birthplace of mathematical concepts as transformative as the common zero and our modern-day “Arabic” numerals.

Founded as a private collection for caliph Harun Al-Rashid in the late 8th Century then converted to a public academy some 30 years later, the House of Wisdom appears to have pulled scientists from all over the world towards Baghdad, drawn as they were by the city’s vibrant intellectual curiosity and freedom of expression (Muslim, Jewish, and Christian scholars were all allowed to study there).

An archive as formidable in size as the present-day British Library in London or the Bibliothèque Nationale of Paris, the House of Wisdom eventually became an unrivaled center for the study of humanities and sciences, including mathematics, astronomy, medicine, chemistry, geography, philosophy, literature, and the arts – as well as some more dubious subjects such as alchemy and astrology.

To conjure this great monument thus requires a leap of imagination (think the Citadel in Westeros, or the library at Hogwarts), but one thing is certain: the academy ushered in a cultural Renaissance that would entirely alter the course of mathematics.

The House of Wisdom was destroyed in the Mongol Siege of Baghdad in 1258 (according to legend, so many manuscripts were tossed into the River Tigris that its waters turned black from ink), but the discoveries made there introduced a powerful, abstract mathematical language that would later be adopted by the Islamic empire, Europe, and ultimately, the entire world.

“What should matter to us is not the precise details of where or when the House of Wisdom was created,” says Jim Al-Khalili, a professor of physics at the University of Surrey. “Far more interesting is the history of the scientific ideas themselves, and how they developed as a result of it.”

Tracing the House of Wisdom’s mathematical legacy involves a bit of time travel back to the future, as it were. For hundreds of years until the ebb of the Italian Renaissance, one name was synonymous with mathematics in Europe: Leonardo da Pisa, known posthumously as Fibonacci. Born in Pisa in 1170, the Italian mathematician received his primary instruction in Bugia, a trading enclave located on the Barbary coast of Africa (coastal North Africa). In his early 20s, Fibonacci traveled to the Middle East, captivated by ideas that had come west from India through Persia. When he returned to Italy, Fibonacci published Liber Abbaci, one of the first Western works to describe the Hindu-Arabic numeric system. 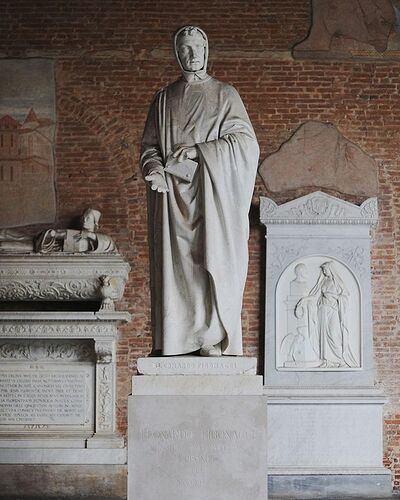 Fibonacci traveled to the Middle East, captivated by ideas that had traveled west along trading routes (Credit: Laura Lezza/Getty Images)

When Liber Abbaci first appeared in 1202, Hindu-Arabic numerals were known to only a few intellectuals; European tradesmen and scholars were still clinging to Roman numerals, which made multiplication and division extremely cumbersome (try multiplying MXCI by LVII!). Fibonacci’s book demonstrated numerals’ use in arithmetic operations – techniques that could be applied to practical problems like profit margin, money changing, weight conversion, barter, and interest.

“Those who wish to know the art of calculating, its subtleties and ingenuities, must know computing with hand figures,” Fibonacci wrote in the first chapter of his encyclopedic work, referring to the digits that children now learn in school. “With these nine figures and the sign 0, called zephyr, any number whatsoever is written.” Suddenly, mathematics was available to all in a useable form.

Fibonacci’s great genius was not just his creativity as a mathematician, however, but his keen understanding of the advantages known to Muslim scientists for centuries: their calculating formulas, their decimal place system, their algebra. In fact, Liber Abbaci relied almost exclusively on the algorithms of 9th-Century mathematician Al-Khwarizmi. His revolutionary treatise presented, for the first time, a systematic way of solving quadratic equations. Because of his discoveries in the field, Al-Khwarizmi is often referred to as the father of algebra – a word we owe to him, from the Arabic al-jabr, “the restoring of broken parts”—and in 821 he was appointed astronomer and head librarian of the House of Wisdom

No wonder maths is so complicated and basabasa like that it’s an origin of Islam. I know understand why someone symbols in maths are so weird it’s just like writing Arabic

and also looks like my Muslim friend bi handwriting

lol somebody’s hand writing paa. But it’s true tho some signs and symbols in maths are sO strange i sometimes wonder where our teachers got it from. But thank you bro @Kusie_Maame_Twe for the clarity. I just hope this is not one of your comedy

bonacci’s book demonstrated numerals’ use in arithmetic operations – techniques that could be applied to practical problems like profit margin, money changing, weight conversion, barter, and interest.

Thank you for sharing. Today most of us forget where mathematics came from and usually we attribute it to the West forgetting these people who actually did the ground work

I tell you my dear. How can I understand Arabic? Anytime I see maths teacher doing his things in class, I feel hallucinated. I see stars moving round my head and eyes. Arabic and maths should be thought together I schools. Like : " sir we have Arabic and maths"