How Bitcoin differs from gold 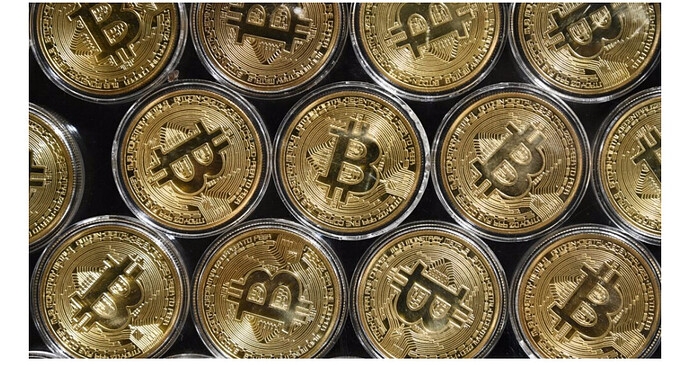 Gold’s market capitalization is around 11 trillion USD. That means it’s the most precious metal globally. No asset has also challenged its position within the global economy. Initially, people used gold to back other currencies. Today, critics argue that early investors poorly did gold’s adoption to the current economic system. But, this is a testament to the undying and strength of this asset.

However, the emergence and increasing popularity of the pioneer cryptocurrency, Bitcoin, has sparked a debate about the possibility of a gold replacement. Some people argue that Bitcoin could replace gold in its position within the global economy. That’s because Bitcoin had outperformed gold several times since its inception back in 2009. But how does this cryptocurrency differ from gold?

The Driving Forces
Among the forces driving the increasing Bitcoin’s price is the perception of its potential as a hedge against possible inflation. The economic turmoil and devastation caused by the global pandemic prompted large institutions and small-scale investors to consider this digital asset. That’s because they think it can defend them against inflation during difficult economic times.

Essentially, Bitcoin’s supply has a cap of 21 million. And this differentiates it from fiat money that politicians can print at any time. As more individuals and institutions purchase Bitcoin, the cryptocurrency will become scarcer. And this will push its value upwards.

Additionally, Bitcoin depends on the blockchain, which is a decentralized technology, and it allows for the immovable and unique record. With this technology, investors enjoy security and easy access to transaction information at any time.

Bitcoin’s decentralization means you can participate in crypto exchange without any interference from the government or banks. What’s more, Bitcoin allows for more privacy and anonymity. That because you don’t have to disclose personal information when sending or receiving Bitcoin.

Volatility
Bitcoin is a highly volatile digital asset. And this causes concern among investors that want to use it as a haven asset. The Bull Run that occurred back in 2017 is an example of the volatility of this cryptocurrency. In 2017, Bitcoin’s price rose to $20,000 per coin. Many people invested a lot of money in this digital currency. However, this coin’s value plunged to its stomach-churning low, leading to severe losses for the investors.

Although the cryptocurrency has recovered, this incident drove many investors away. However, this cryptocurrency’s value doubled a few months later. In addition to its volatility, Bitcoin is a speculative asset. That means its value depends on market news and whims. Changes in sentiments can cause significant changes in Bitcoin’s price.

Nevertheless, Bitcoin’s volatility is a quality that attracts risk-seeking investors. That’s because they can invest in this cryptocurrency via a platform like cryptotrader and make higher returns within a short period. Such trading platforms have also played a significant role in bringing novice traders and investors into the crypto trading industry.

Intrinsic Value
The conductive and anti-corrosive properties combined with the established cultural tradition of gold have given it the commercial usage history. People use gold to produce jewelry and other luxury items. This precious metal also has other applications, such as in the dentistry sector. Therefore, the significant value of gold will most likely continue even in the future.

On the other hand, Bitcoin value depends on the online transaction value and the belief that people will delegate financial authority and trust to this currency. And this cryptocurrency might shine in these areas. As such, Bitcoin’s value is what users consider its worth.

It’s crucial to note that gold and Bitcoin have commonalities. For instance, both are rare resources. But while Bitcoin’s supply limit stands at 21 million, nobody knows when people will mine all the gold in the world. That’s because gold doesn’t have a finite supply like Bitcoin.

Cryptocurrency fascinates me, the way it wo me and all that. The digital world we are living in , I believe in the next few year it might takeover.