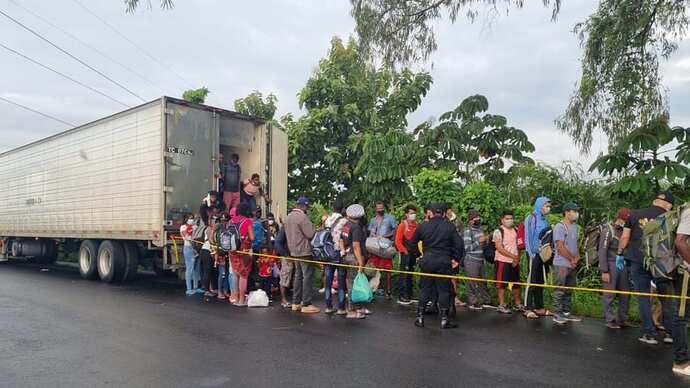 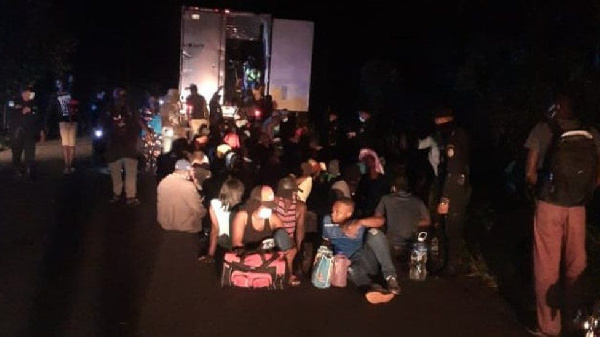 Police in Guatemala over the weekend confirmed that nine Ghanaians were part of 126 illegal migrants abandoned in a shipping container by suspected human traffickers at the side of a road.

An October 9 post on their Twitter handle said police acted after a complaint about an abandoned trailer with persons screaming from inside one of its containers reached their offices.

“Shouts and blows were heard coming from the container, inside it were 126 undocumented people. 109 from Haiti, 11 from Nepal and 9 from Ghana, humanitarian assistance was provided and then they were transferred to the shelters of the Guatemalan Migration Institute,” a translation of their follow-up tweet read.

Police said they suspected that the group had been abandoned by human smugglers at the 114-kilometer route that leads from Cocales to Nueva Concepción, located in the east of the southern American nation.

They were loaded in a header C-193BVB, hooked to the TC007CBH van, police added saying that they believed that the group were being moved through Guatemala to Mexico en route to the United States.