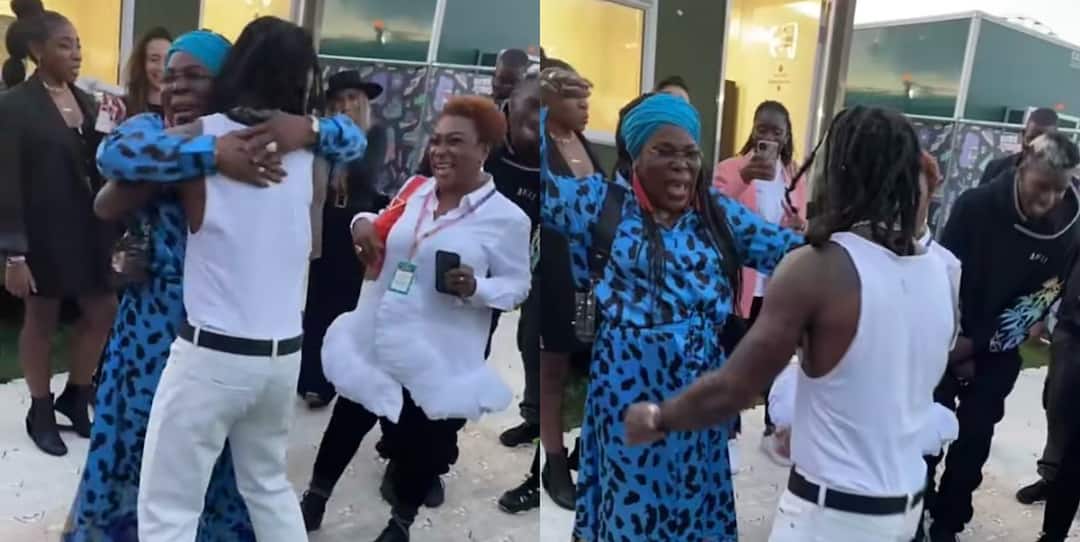 image1080×542 50.3 KB
Burna Boy and Paul Pogba’s mums met at a party shortly after Manchester United defeated Newcastle at Old Trafford The duo were introduced to each other for the first time and the aged women were excited to meet each other Burna performed for fans in a show with Pogba joining up on him on stage as they both entertained the crowds . The friendship between Burna Boy and Paul Pogba extended to their respective mums as they met for the first time The two women gave each other a warm-up hug while their sons watched them in excitement. Burna Boy was at old Trafford to watch his team Man United thrash Newcastle on Cristiano Ronaldo’s return. Burna Boy and Pogba’s mum met each other for the first time and it was exciting .Man United recognize Burna Boy after he stormed Old Trafford to watch Ronaldo and support Pogba vs Newcastle The Grammy award-winning artiste then had a performance later that had thousands of fans present including United’s midfielder Pogba. Jesse Lingard also joined up with Burna and Pogba backstage as the celebration continued even when their mothers met eye to eye. During the after-party, Burna’s mum and Pogba’s mother gave each other a big hug which suggests that they were meeting for the first time.
1 Like