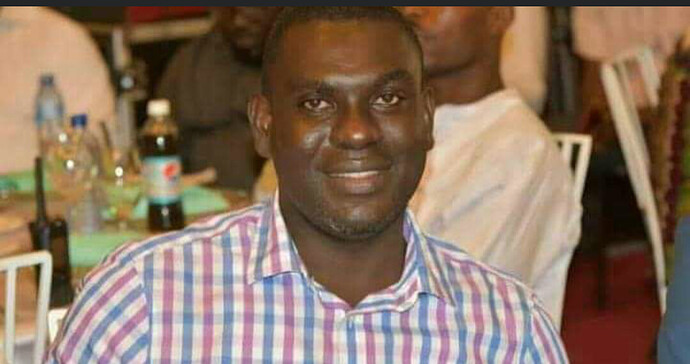 A group known as Damsel Foundation is calling for the dismissal of a presidential staff, Nana Hesse Ogyiri over a sexist and abusive comment the latter allegedly made about former president John Mahama’s daughter, Farida Mahama.

In commenting under a Facebook post to celebrate the young girl, Nana Hesse Ogyiri said, “Former President John Mahama’s daughter, Farida. She has fully developed and well-endowed. Very manageable. What do u think?”

He received wide condemnation from many social media users, causing him to later apologise.

But according to Damsel Foundation, the comment is shameful and uncharacteristic of a presidential staffer.

“The said statement amounts to child abuse in clear contravention of the United Nations Convention on the Rights of the Child and the Children’s Act, 1998 (ACT 560) of Ghana, which enjoins governments and all persons not to subject a child to any mental abuse… Regrettably, Mr. Nana Hesse Ogyiri did not only make these sexually abusive and inappropriate comments about the minor but further went ahead to invite the public to share similar views about the minor while displaying her picture in the said Facebook post,” the group said.

The group, which is committed to the empowerment of young girls in the country said President Akufo-Addo must “sanction Mr. Ogyiri by dismissing him from office with immediate effect, as a sign of his government’s commitment to protecting every child from any form of abuse irrespective of their backgrounds.”

It said, with the knowledge that this is not the first time the staff has made such a sexually abusive comment, it will lodge a formal complaint to the Chief of Staff and other local and international bodies.

We should learn to concentrate on the bigger picture than to be concerned with frivolities. In as much as the remark made by the presidential staffer isn’t encouraging, we need not to give it much attention. It’s kind of a big deal to them because she is the daughter of a big man. So many girls across the nation needs empowerment to break through. I suggest they should find ways and means of getting this done.