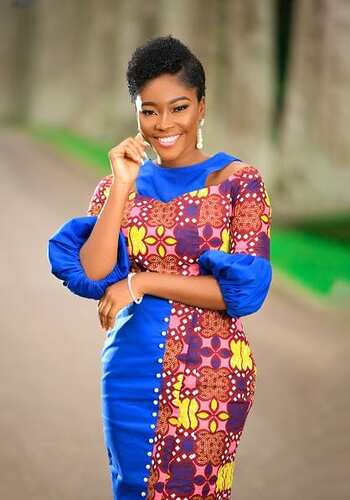 According to Kwansema, Central Region is fraught with school dropouts suffering from unemployment. The GMB contestant says that this menace has contributed to many vices in the community, including teenage pregnancy, drug abuse and hooliganism.

Edith Arthur, known in the competition as Kwansema, is troubled about the wanton display of delinquency in her community. She said this unfortunate situation is robbing these young people of their future as they are sucked deeper into the abyss.
She said, “In the Central Region, drug abuse is on the rise. It keeps growing with school dropouts. Even though there are many higher education schools in the vicinity, the people don’t go to school. Some don’t get the opportunity. Others get the opportunity, and they don’t know what to make of it. I have had conversations with some of these girls and boys. And most of them have regretted it. And wish they had another chance at life.” 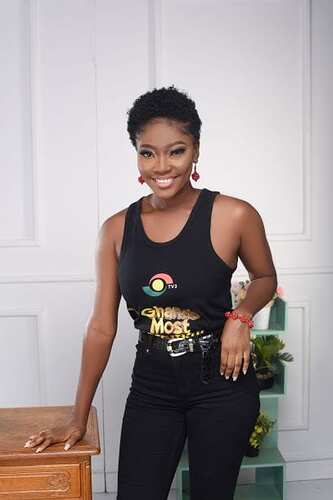 Kwansema wants to be a beacon of hope for these young people by introducing technical and vocational skills training. “So if they are too old to go through formal schooling, let us give them other opportunities. So I am more interested in non-formal education, like vocational training. If she knows how to do makeup, I don’t think she would sleep with a man for money. If he trains to become a barber, he won’t go and steal from people. We should equip these youth with skills,” she continued.

Edith Kwansema Arthur comes from Anomabo in the Central Region. She is a student at the University of Cape Coast pursuing a degree in Education. Kwansema loves talking, meditating, exploring and asking questions. She loves to be seen and heard, so it comes as no surprise that she chose the GMB platform to amplify that voice to encourage young people to keep pursuing their dreams.

According to Kwaseman, GMB is the best cultural–oriented platform for her project because it has a far-reaching audience. And she needs everyone on board to fight against the canker in the Central Region.

Nice concept and objective, she’s beautiful inside out. Non formal education is also important to develop the country. Not all cab afford education in the formal setting.

We must encourage technical and vocational education among the youths to accelerate development. Most graduates are jobless even through formal education.

This should be taken into serious consideration, it’s essential to the growth an development to the country. Vocational education in African is looked down upon… But this is a job creating opportunities for the country