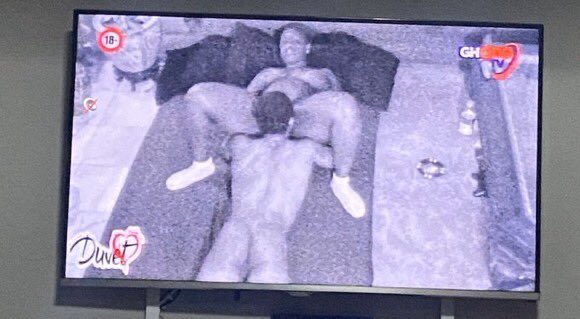 These are shown on national television?

Affirmative sir. National TV and the program director is still at post. Hehehe

Well, as your commander in chief I order u to remove him from post, he’s fired with immediate effect.

Where is @siaw these are the television programs I’ve being telling you about. When it’s exactly 9:30 p.m, so many television stations are being showing pornographic materials on television. Ghana ankasa we’re simply not serious.

By the way, @Emp_Sel when they start call me because I also pay light bill and I don’t have to miss the next episode of Duvet on GhOne 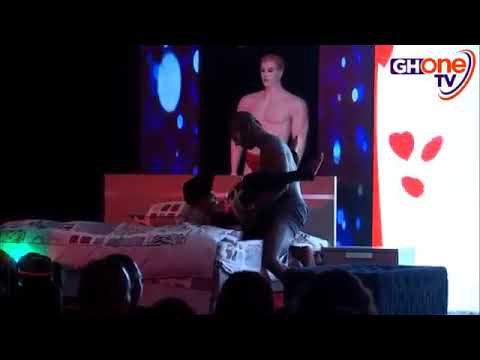 Oh no. What happens on GHONE is real pθrnogrαphy. The ones you’ll see on pθrn sites.

I mean no disrespect but this show is a stupid one. I am disappointed in the organizers, especially Dr. Lawrence Tetteh. Whiles other developed countries are talking about innovation and big time transformations, my people are looking for ways and means to reach θrgasm. Ah!

For real?, no way!! Tell me u joking. Yes I’ve heard of Nana Aba

people are looking for ways and means to reach θrgasm. Ah!

This part killed me

.
It’s funny how the market is full of manpower and vaginɐ tightening creams. We just don’t want to think but the things that are going to help us reach θrgasm is what we’re researching on. I’m still doubting Ghana will develop.

these are the television programs I’ve being telling you about. When it’s exactly 9:30 p.m

They show them as early as 9:30PM? Hahahahahahaaaaa… I don’t think they regulate these things kraa mpo.

It’s so damn serious. As early as 9:30 p.m you’ll definitely find one Television and when it’s 10 p.m it explodes with about 5-6 television stations across the country busy with theirs. GhOne shows Duvet, ETV shows In bed with adwen, UTV shows Red light hosted by Vicky Zugah, Adom Tv got Odo Ahomaso hosted by Akumaa Mama Zimbe, @siaw I hope you know her?, TV Africa also got Odonkomopa hosted by Cindy Baby. These are the few ones I can remember and there are so many.

Adom Tv got Odo Ahomaso hosted by Akumaa Mama Zimbe, @siaw I hope you know her?

Yeah, I know her paaa. This is the only thing she does, some time ago she was only on radio (Adom FM I think).

Yeah but I think she was on both platforms that’s the Adom Radio and the Adom Tv.

Allow ma people to have θrgasm aba. Must they kιll themselves for this country? Allow them to enjoy life. Besides, this politics thing is just giving person headache.