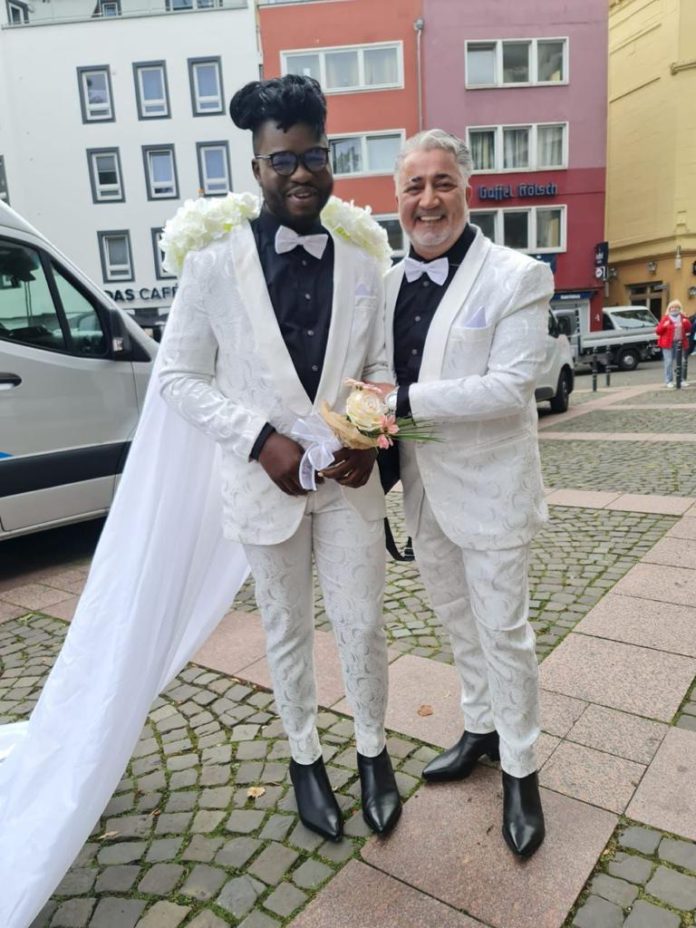 A Ghanaian gay man and his foreign husband have gotten married in a lovely ceremony held in Germany. 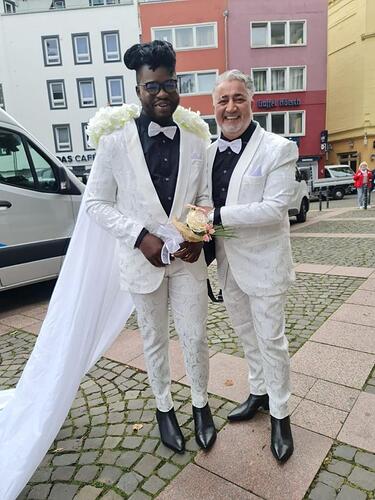 The couple, in a viral video and photos , looked happy and fulfilled after their beautiful ceremony had been completed.

They were accompanied by friends in the gay community. 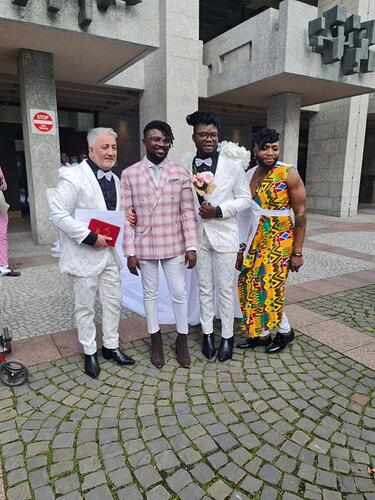 Way to go. In a civilized country no one cares what two adults do with themselves. It’s no one’s business and it doesn’t affect the economy or anybody in any way. In Ghana paliamentarians waste precious time and money fighting against people’s affairs.

My guy , this is not civilization. This is simply a quest for unimaginable lust. Yes, to you it doesn’t affect the economy but in the grand scheme of things, you will realize that this acts doses more damage than economic or social wellbeing of people.

I still maintain that , people with certain disorders need help , not hate though .

you will realize that this acts doses more damage than economic or social wellbeing of people.

Give me an example of just 1 damage this does to the “wellbeing of people”. Which people by the way?

This is just but a few. If civilization is for one to want to turn from a gender to the other, having strong affection for same gender, wanting to sleep with animals and other objects etal, then to hell with that civilization.

Don’t forget the affairs of the people is the business of parliament. And if the United Kingdom and other gay countries see nothing morally wrong with this, we do. We had our way of life even before the Europeans first landed on the Ghanaian soil, we intend to preserve it no matter the cost.

Then we should throw away Democracy and Christianity, because those are not our ways, they came from the Europeans.

Hmm ashoq saf but this be the nightmare we for endure

Obviously I agree. I have never been to big on Democracy and and this modern Christianity. They are part of our problems.