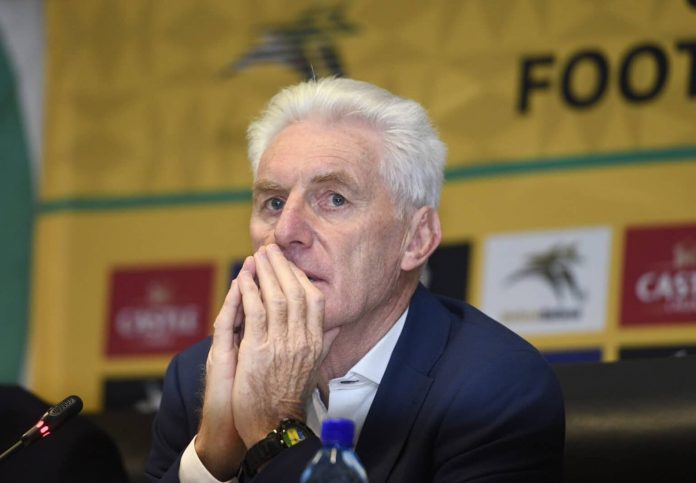 The Belgian tactician guided Bafana Bafana to secure a 1-0 win over Black Stars in a 2022 FIFA World Cup qualifying match played on Monday evening at the FNB Stadium.

The win is Broos’ second against Ghana in a competitive match after using Cameroon to beat Black Stars 2-0 in the semi-final of the 2017 Africa Cup of Nations tournament, which the Indomitable Lions won.

“Ghana is a lucky opponent for me,” Broos said with a grin.

“Two times, in the semi-final with Cameroon and now today with Bafana Bafana, were tough games because Ghana proved strong. But these are games you have to play, sometimes you win and sometimes you lose.”

A late goal by Maritzburg United forward Bongokuhle Hlongwane gave Bafana Bafana their first competitive win over Ghana in 21 years and they are now top of Group G, which also contains Zimbabwe and Ethiopia.

Hmm awell, with dat being said, I think he spoke in his possession so far as his job n career is concerned