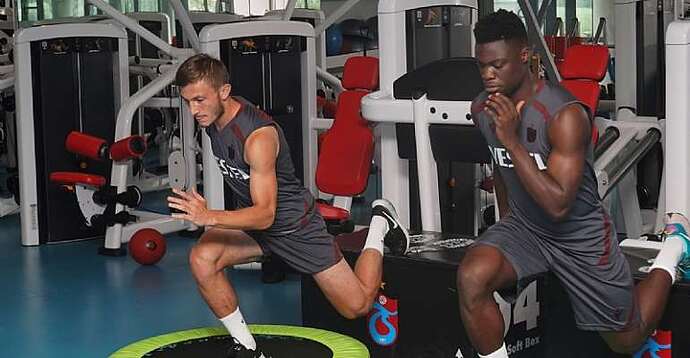 The highly-rated attacker was expected to report to camp last month but due to some pressing issues, he asked for some time to sort things out.

Although the late report to Trabzonspor’s pre-season camp stirred up speculations of his potential departure, Caleb Ekuban over the past weekend joined his teammates.

On Monday, he hit the gym and has today trained extensively with his teammates as preparations intensify ahead of the start of the 2021/2022 football season.

Last season, Caleb Ekuban finished the campaign as the talisman for Trabzonspor in the Turkish Super Lig.

In a season where he played 32 matches, he scored 10 goals and provided four assists to help the team.

Ahead of next season, the 27-year-old is reportedly a transfer target of Saint-Etienne and Genoa.

It is unclear whether Trabzonspor will sanction a transfer this summer but sources say a move is likely to happen.

I will always support any player who’s dream is to play football to make money for the future. It doesn’t matter the place, so far us the pay is good , they should go for it. Good move caleb Ekuban, he’s a good export