The Ghana Boundary Commission (GBC) has initiated moves to resolve all boundary disputes with neighbouring Togo and Burkina-Faso.

The intervention has led to a temporary resolution of the boundary dispute between Ghana and Togo along river Kolpelig at Pulmakom in the Pusiga District.

An agreement has also been reached with the Boundary Commission of Burkina Faso to engage further in resolving all identified boundary disputes at Paga and Sapeliga in the Kassena West and Bawku West districts respectively.

In 2020, Togo was reported to have trespassed its boundary at the Kolpelig river, a tributary to the White Volta claiming ownership of parts of Gareke, a suburb of Pulmakom. 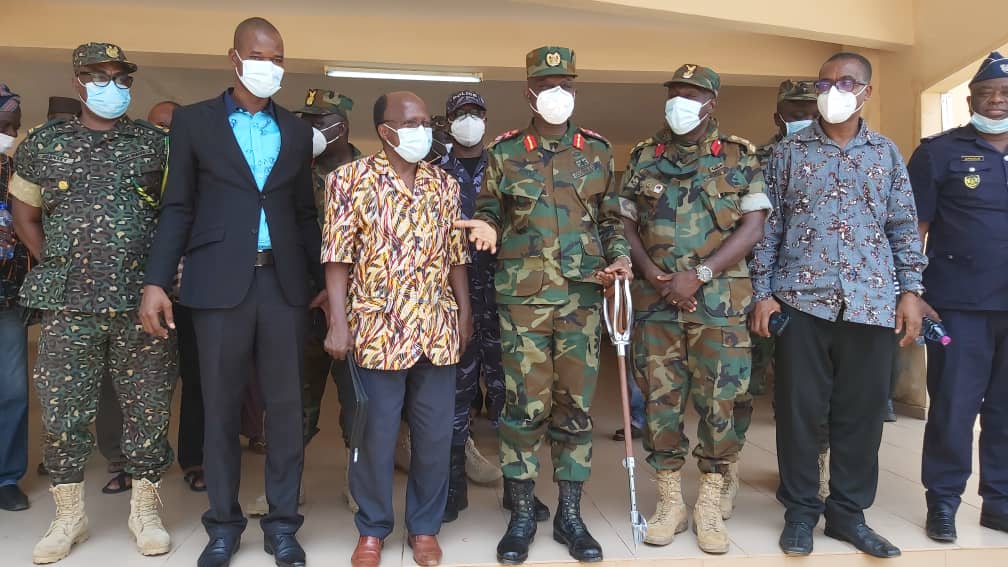 The country also prevented the Volta River Authority from extending electricity to the Beelintange community also within the Pulmakom claiming jurisdiction of the area.

But after an evaluation of the disputed boundary areas between the land boundary commissions of Ghana and Togo, the Togo Boundary Commission agreed to work with pre-existing demarcations.

Speaking to Citi News at Beelintange, National Coordinator of Ghana Boundary Commission, Major Gen. Emmanuel Kotia, said, the dispute has been resolved and the population of both countries shall be educated to respect the 1962 boundary demarcation legacy agreement.

“The Boundary Commissions of Ghana and Togo have agreed that the 1962 boundary demarcation (Legacy Agreement) using river Pulmakom as the boundary line be respected.”

“The Ghana security agencies are allowed to extend their activities to the banks of river Pulmakom. The Ghana Immigration Service and Customs should open appropriate posts to cover entry points of the boundary”

The border disputes in African neighboring countries makes me wonder if thr formation of ECOWAS and African Union is worth it.

This protracted problem between Ghana and ivory coast is not temporary as captured in the news portal. The issue has been lingering for Long and at a time , ended in international court of justice.

They should, I didn’t know they exist serf, they want to make noise now so they get increment in their salaries, Ghana boundary commission, hm,nothing surprises me in Ghana anymore. I’m glad they are doing something, it better than getting paid for not doing your actual job