Manchester United are an ‘odd bunch’ who ‘don’t play well enough as a team’ to win the Premier League title, claims Gary Neville. 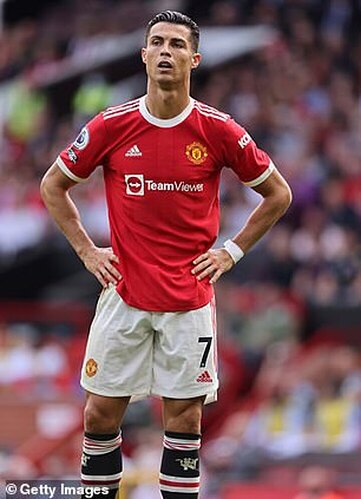 A late penalty miss from Bruno Fernandes on Saturday compounded United to a 1-0 defeat at Old Trafford against Aston Villa for their first league loss of the season.

For Neville, United have plenty of individual quality but there is an unclear style of play and little to no cohesion that is required to win the Premier League.

‘I think you have to be a unit in and out of possession, and when you only deliver in moments, those moments won’t go for you in certain games.’

United, who haven’t won the league since 2012-13, made a number of major additions in the summer transfer market, bringing in Jadon Sancho for £73million before adding Raphael Varane from Real Madrid and Cristiano Ronaldo from United. 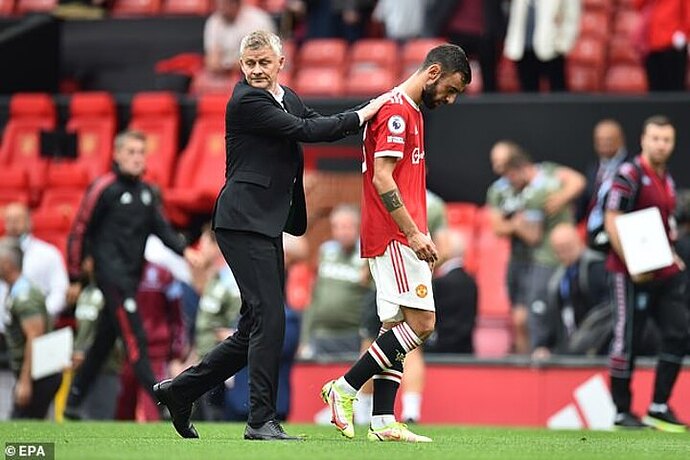 Neville believes that the high-profile arrives have played a role in the current lack of cohesiveness.

He added: ‘You need patterns of play, you need a way of playing, and at this moment in time I still see a group of individuals playing in moments, with some patterns and combinations at times, but still a team where some are pretty new together – Cristiano Ronaldo, Raphael Varane, Jadon Sancho – but they’ve got to come together as a team and start to define a style of play. Then you start to get results when you don’t play well.’

'I have called them the odd bunch, because I still look at them and think of them as a team who win games in moments.

‘I look at Chelsea, Liverpool and Man City, they are teams. They put team performances in. That’s not to say United never do, but Ole now has to get United into a team.’ 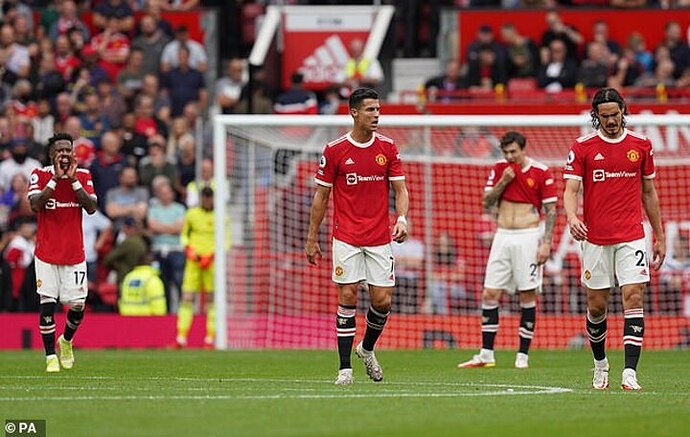 United are in a rough patch, even this early in the campaign, having lost three of their last four matches.

As well as a first league defeat in 2021-22 to Villa, courtesy of a goal from Kortney Hause, United were eliminated from the Carabao Cup at Old Trafford by West Ham and beaten in their opening Champions League group game against Young Boys.

Solskjaer is continuing to search for his first trophy as United boss and is now left fighting across three fronts.

On Monday United are fourth in the table on 13 points, one adrift of league leaders Liverpool, following their thrilling 3-3 draw away to Brentford.

Even their former captain knows they can’t win

If only they the coach will change his tactics and do things as a reasonable coach.

Neville believes that the high-profile arrives have played a role in the current lack of cohesiveness.

I concur to that, I mean the only player the arrival of CR7 has affected is Bruno, and he’s been messing up lately too. So there you go