FixTheCountry: My life was threatened, my mother begged me not to go – Efia Odo 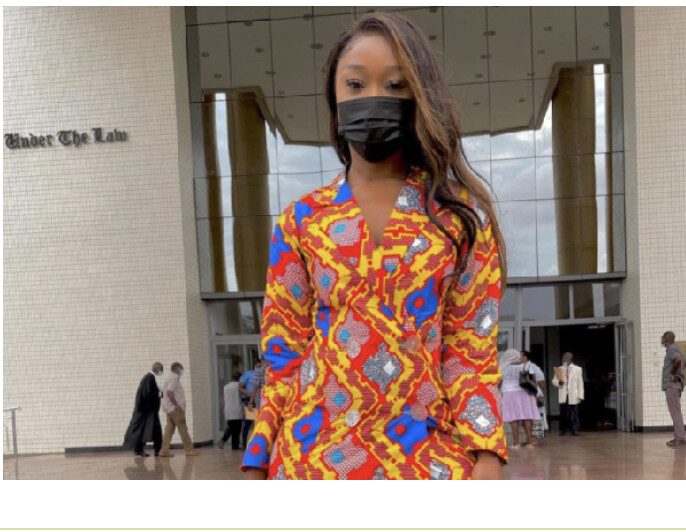 Actress Efia Odo, after weeks has broken her silence on why she failed to turn up for the much-anticipated #FixTheCountry protest which came off on Wednesday, August 4, 2021, in Accra.

Efia who was a Convenor of the #FixTheCountry campaign which demanded accountability and better management of the country from the ruling New Patriotic Party under the leadership of President Nana Ado Dankwa Akufo-Addo played a key role in spreading the needs of the people and also mobilizing citizens to join the protest which started online with the use of the hashtag “FixTheCountry”.

However, most people were disappointed when the actress announced a break from social media ahead of the street protest with the explanation that she was prioritizing her mental health.

“I will like to this time to let you know that I am going on a hiatus. My mental health is at stake at the moment,” she wrote in a tweet back in July.

She has finally revealed reasons for her failure to continue the worthy course. Efia Odo has alleged that she was “threatened on numerous occasions” to stop the campaign.

In a tweet sighted by GhanaWeb on August 27, she wrote: “My life was threatened on numerous occasions and my mother begged and cried for me to not go.”

The FixTheCountry Convenor further added that her mother who was afraid that persons behind those threats could harm her daughter begged her to give up on the fight.

“She told me Ghana was not worth dying for but I can in my own way make a change," Efia Odoadded.

She however did not name the persons behind those threats.

A country we are living in

Imagine threatening someone for wanting the same country that YOU also live in to be fixed?

This is serious. Someone has left all important work and fighting for the betterment of this fellow citizens and this is her payback. Is very sad

We play too much in this country

. Threatening someone for wanting a better country for y’all to live in? Hmm