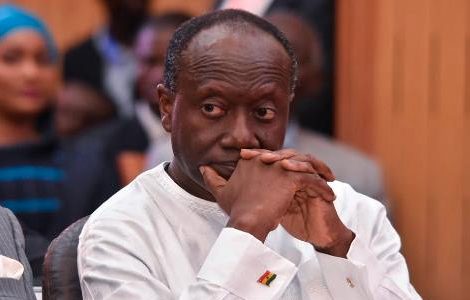 This comes after the North Tongu MP, Samuel Okudzeto Ablakwa, filed two urgent questions on the use of a private jet for the trips.

“I hope that the Finance Minister will be candid, transparent and unimpeachably sincere with the House after the rigmarole,” Mr. Ablakwa said in Parliament last week.

Mr. Ofori-Atta will also be expected to answer a question by the MP for Dormaa East, Paul Twum-Barimah, on the air travel cost of all charter flights of former President John Mahama between the periods 2013 to 2016.

On June 1, 2021, the first part of Ablakwa’s question dealt with the airworthiness of the presidential jet and was answered by the Minister for Defence, Dominic Nitiwul.

On the same day, Mr. Ofori-Atta was expected to account for the cost, but Mr. Ablakwa claims that could not happen because the Minister had requested more time to furnish the House on the cost of the president’s trips.

The question was subsequently taken off the Business Statement of Parliament, although the Minister had about two weeks earlier to prepare his response.

Mr. Ablakwa was upset by the turn of events and threatened to initiate a vote of censure against Mr. Ofori-Atta if he continues to delay his appearance before the House to render accounts.

He had also accused the Majority side of the House of shielding the Finance Minister from answering his question.

Oh nice, accounting for the people. And what should we expect, that the Finance Minister will come and say the president’s excessive expenses are nor justified? No way. He won’t do that. He is just coming to proof that Nana Akufo Addo deserves to bath in the air

He can’t account for something that is irrational. What specifically is the Ken ofori atta going to account or say to Parliament?

There’s no justification for hiring first class private jet for travels when you have a presidential jet meant for official duties. We hire private jet to go borrow money from World bank instead of flying economy to show how poor we are.

This is total waste of time. How can the pot tell the kettle it Black!!!
This people erhhhh …they think they are Smart enough to be fooling us. We already know the outcome of the account. He will come and say “fellow Ghanaians” (Akuffo) deserves fly in such an expensive flight