Fear woman: Gh man shares how a lady cheated on him with a man while he was paying her fees in nursing school

A Ghanaian man identified as Richard has shared how he discovered his long-time girlfriend was cheating, despite investing in her education from senior high school to nursing school.

According to Richard, his former girlfriend was brilliant, but her parents could not help her further her education due to extreme poverty.

In a video seen on Facebook, Richard recounted that he catered for the lady, including financing her education from senior high school to nursing school with money from his gold business. 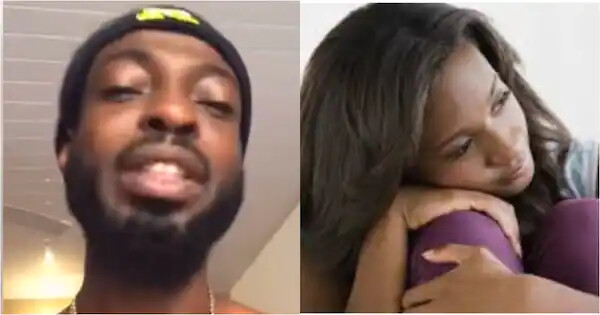 How Richard discovered his girlfriend was cheating
Richard recounted that the lady called one day to visit him and slept soon after she arrived at his house because she arrived tired. He revealed that the lady’s phone rang with the name ‘‘sweet money’’ appearing on the screen, but she couldn’t hear because the phone was on silent.

After the phone rang for some time, he decided to pick the call, thinking it was her mother. However, he received the shock of his life when a man on the other side started venting his spleen.

Richard recalled the man who sounded upset vehemently lashed out with invectives, asking why the lady failed to take postinor-2 the previous and next days to prevent pregnancy during sex.

He said the man indicated that he was not in the position to father a child, saying the lady was fooling for not taking the emergency contraceptive to prevent any pregnancy.

Breaking up with her

Richard narrated that he was shocked to the bone and deeply hurt by the incident and broke up with the lady.

He revealed that he later discovered that his former girlfriend tied the knot with another man and recalled how he recently met her in Accra with a child strapped to her back and another in her arms as she begged for help.

Touched by her deprived situation, Richard said he gave his ex-lover GHc200, and she has since been calling to visit him.
Watch the video