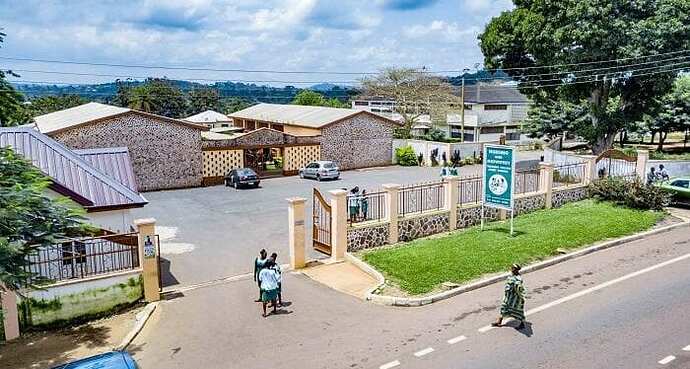 Nursing trainees and the entire teaching and non-teaching staff of Atibie Nursing & Midwifery Training College in the Kwahu South Municipality of the Eastern Region are living in fear over the incessant robberies in their dormitories and residences.

In less than six months, six cases of robberies have occurred in the school with the latest one being Wednesday, July 14. The suspects usually take away laptops, mobile phones and money from the students. The incidents, according to the students, usually occur at night while both the students and staff are asleep.

Wednesday night’s attack compelled the students to truncate lectures on Thursday as they claimed it threw them in disarray.

One of the students who spoke on Onua TV and Onua FM’s Maakye on condition of anonymity explained that they have been reporting the robbery incidents to the police but nothing has been done so far.

She explained that on the fifth robbery case, they reported the case to the Kwahu East Police Command but the police only gave them a form to list the stolen items.

When the host, Captain Smart, queried about whether some students have been injured or raped in the process of the robbery, the student said no such thing happened but they fear it is imminent due to the incidence of robbery.

The headmistress of the College, Agartha Ekuban, was not readily available to comment on the development since her mobile phone was off at the time of filing this report.

The Kwahu East District Police Commander, Richard Hornuvo, when contacted, admitted the police have had such reports but they suspect they are internal robbery and not outsiders.

He explained that “whenever they report and you go into it, you realize that there is an insider. It is not always the issue but some of them you will see that they have locked the door but something got missing in the room and nobody broke into the room”.

Mr. Hornuvo added that “so you will see that there is an insider who is doing that thing but it is not always the truth. There are times that you will realize that this one, it is an insider and this one it is an outsider so it is not armed robbery as they are alleging. It is breaking in”.

The Commander explained that the College has its own internal security but they are not many and as such they cannot patrol the entire school.

Mr. Hornuvo said his Command does not have enough men to also augment the patrol of the College.

“We have been told that they are mature people and we too, at this present moment, we are overstretched in the sense that some of our people have gone for promotion exams. These promotion exams issues have made our number less together with other issues but we made our men to be patrolling in the area with their men.”

The Police Commander explained that the issue came up during a meeting with the Municipal Chief Executive and it was discussed.

“Even [Wednesday], we went for a MUSEC meeting together with the Municipal Chief Executive and we discussed these same issues so it is something that is on the board now.”

These days , broad daylight robbery and killing is becoming the new normal. Those that are to be protected are not safe. Nobody is safe.

How can the system be so porous that guns and other dangerous amunition are easily accessible to anyone. These robbers are dangerous and merciless at their victims.

It’s sad people can’t go to work and come home peacefully without being attacked on the roads. Even more problematic is our dear health personnel

Usually, news like this makes me sad but now I feel very furious with the way the safety of the our people is being treated , as taxpayers aren’t the police suppose to be on their heels in tackling issues like these, 6th time this has happened in the same place, so the second and third time what was the police doing.hm