Farmer in coma after being attacked by ‘mysterious’ bees 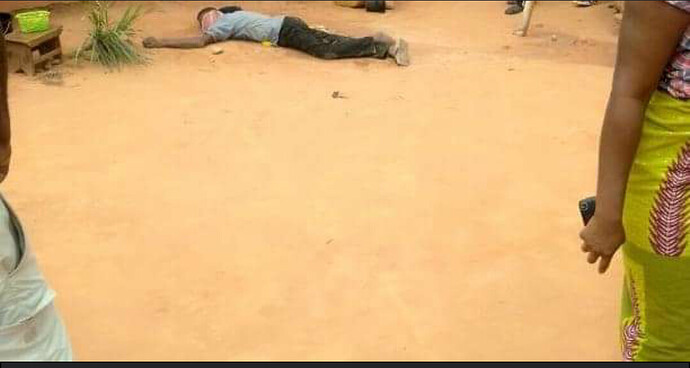 A farmer, Opanyin Kusi, popularly known as Kanawu in Pukrom Nsabaah in the Akuapem South district of the Eastern Region is currently battling for his life after being attacked by a swarm of bees.

Kanawu who is believed to be in his early Fifty’s is believed to have been attacked by the mysterious bees in his farm after he had attempted to remove a beehive.

An eye witness, Nana Ampem Darko narrating the ordeal of Opanyin Kusi to Onua Fm indicated that the bees followed the farmer to his house regardless of his effort and struggle to cover the face and the body.

Ampem Darko continued that even upon reaching home the bees obscured Kanawu and attacked him until he fell on the ground helplessly and motionless.

He also indicated that the bees disappeared immediately after the farmer had gone into coma.

Family members present at the time, according to the eye witness, tried to resuscitate Opanyin Kusi by all local means but to no avail.

Looking at his bad condition, the family had no option than to rush the him to the nearest CHIP compound Ampem Darko recounted.

Upon arrival at the Pukrom Nsabaah CHIP compound, the nurses on duty urgently attended to him and fortunately Kanawu regained his conciousness, he added.

Even though Opanyin Kusi has not yet spoken, the family is highly optimistic that Opanyin Kusi would be discharged soon to join them in the house.

Things dey go on, every time you step out of your comfort zone we need to pray cos you life doesn’t belong to you when you leave home. We pray for protection on unforeseen occurrences