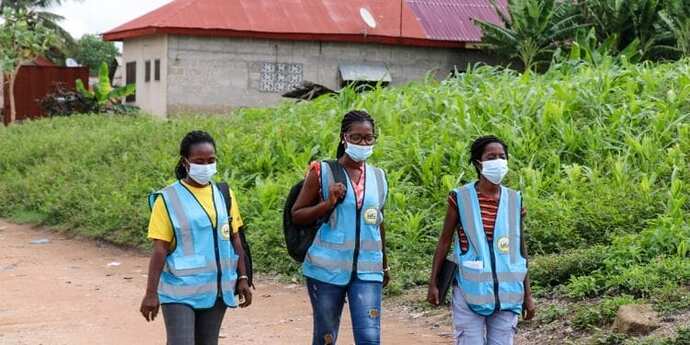 The 2021 Population and Housing Census (PHC), which began on the night of Sunday, June 27, officially ends today, Sunday, July 18.

The nationwide exercise was originally scheduled to end on Sunday, July 11 but was extended by one more week to enable enumerators mop up in districts where data collection was not complete.

As of the initial end date, 80 percent coverage has been attained.

In mid-week, the Ghana Statistical Service (GSS) indicated that the figure has gone up to 85 percent with 15 out of the 16 regions of Ghana above 80 percent and 10 out of the 15 above 90 percent.

North East Region had attained 99 percent, according to GSS, with the Greater Accra Region at 64 percent.

“GSS wishes to assure the public who are yet to be counted that no one will be left behind,” it said on Wednesday, July 14.

“The 2021 PHC aims for complete coverage and generation of quality dtata for decision-making.”

The counting thing, some of us were not part anaa? Why haven’t some individuals and areas not counted in the census or they are not Ghanaians.

The extension must be extended again to allow for more people to write their names and give out necessary Data about themselve.

This is the only way we can appreciate how much progress we are Making or not as a people. The "approximately "they’ve been adding to the population must be stoppe.

It seems s3 the figured that might come out after the accumulation will be formulated , I never saw these people in my area and I wasn’t counted myself, maybe I was. But I don’t think they did it right … this digital era we still doing things the old fashioned way. Ah well

I’ve not been counted, the census officers are supposed to work day and night so that those of us not at home during the day can be counted at night. They didn’t come to my house in the night so I’m out of this year’s counting

Are you serious? Oh then sorry. The government has no plan for you within this period