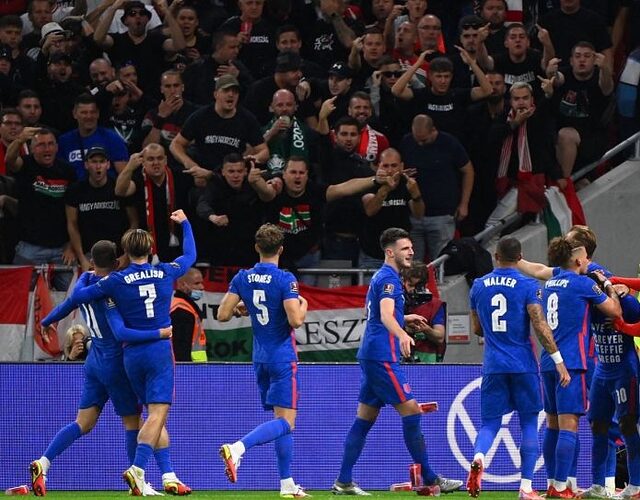 England players were racially abused during their 4-0 win over Hungary in a World Cup qualifier in Budapest.

Charges related to racism and other discriminatory conduct.

But home fans were allowed in to the 67,000 Puskas Arena in Budapest against England as the match falls under Fifa jurisdiction.

Sterling was pelted with paper cups and bottles when he opened the scoring for England, while a flare was thrown on to the pitch after Harry Maguire put the visitors 3-0 ahead.

Speaking after the match, England captain Harry Kane said: “I’ll talk to the boys. We’ll report it to Uefa.”

Good to know this is happening amongst the two racist countries. They should do it and see how it feels to discriminate against blacks.