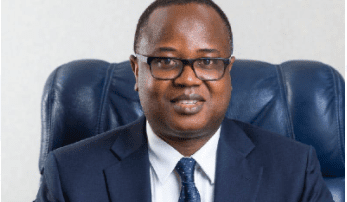 Dr. Maxwell Opoku-Afari has been reappointed the First Deputy Governor of the Bank of Ghana (BoG) for the next four years.

He was reappointed by President Nana Addo Dankwa Akufo-Addo.

Dr Opoku-Afari is a Ghanaian economist and currently the First Deputy Governor of the Bank of Ghana.

Prior to assuming the role of Deputy Governor, Opoku-Afari worked at the International Monetary Fund (IMF).

Working in the bank of Ghana for 13 solid years means he knows the job and can do it to perfection. Dr. Opoku Afari has played his role in the banking cleaning policy by bank of Ghana, making our banks very strong . Congrats to his new appointment.

Reappointed means he’s done a good job as well, we hope he keeps doing that, I mean the second time is where things really get dicey.