‘Do we have the tools’ to win AFCON? – Gyan questions 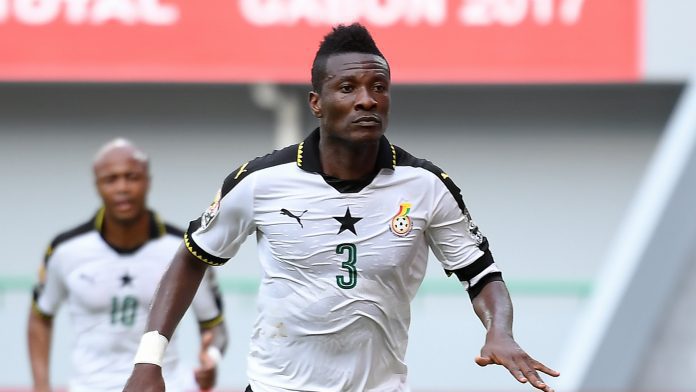 Asamoah Gyan is not fully convinced the Black Stars can win the 2021 Africa Cup of Nations (Afcon) trophy with less than five months to the start of the competition in Cameroon.

The draw for the delayed tournament was held recently in Cameroon, with Gyan among the legends who helped in conducting the draw in Yaoundé.

The Ghana striker was on stage at the Yaoundé Conference Center on August 17 and witnessed firsthand the Black Stars drawn against one-time champions Morocco, Gabon and debutants Comoros.

In an exclusive interview with 3Sports’ Kelvin Owusu Ansah, who was at the draw, Gyan questioned if Ghana has enough quality to win the continental showpiece.

“Talk is cheap. It is easy for me to say Ghana will win but do we have the tools? I have seen a lot of good players who have never tasted the tournament before that is why I will say let us qualify from the group and analyze the team and see whether we can win or not,” Gyan said.

The Legon Cities striker has not played for the Black Stars since 2019 due to a lack of form, which he acknowledges. But there are talks for him to be included in the squad.

Aside that, Gyan is Africa’s most prolific scorer at the World Cup with six goals.

Talk is cheap indeed. Gyan himself knows that with the crop of players including himself being sent to tournaments, Ghana doesn’t stand a chance of qualifying to the group stages. Lets pretend CK Akonnor has some plans for the Black Stars, let’s pretend we have the men. Aah wait oo, Asamoah Gyan is 34 years? How can we win a cup with such age deceptions

I don’t think we have the qualities