Delay finally drops characteristics of the ideal man she wants in her life. by Edwin Lam

Award-winning TV star and entrepreneur, Deloris Frimpong Manso, known widely by the household name Delay, has opened up about her ideal kind of man.

In a series of posts on her verified Twitter handle, the Delay Show host outlined what would qualify a man to have a chance in her life.

Among other things, the business-minded TV star indicated she wanted her man to be a go-getter and not one who was filthy rich. 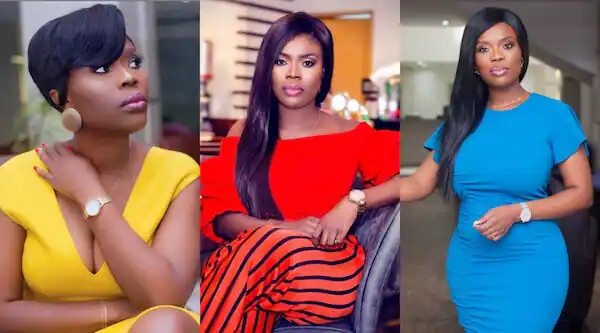 She went on to add that she did not want to be seen around a loudmouth, therefore her choice would be to date a quiet man.

When it comes to being a helpful partner, she preferred a man who knew his way around the kitchen and could fix sumptuous meals.

Many fans and followers of the TV star took to the comment section to react to the list Delay had made.

Speaking about marriage, YEN.com.gh earlier reported that a Ghanaian cook believed to be a member of a popular event and catering service, Menscook, has proposed to his longtime girlfriend in super grand style on a busy roundabout.

In a number of videos and photos fast going viral, the young man is seen walking his girlfriend into a rock garden in a roundabout to ask her to marry him.

From the looks of it, the proposal was carefully planned and executed to precision on a project that included police personnel, some friends of the to-be-groom, and lots of flowers.

Obviously delay is not interested in Geeman, the former hip life and high life star. Delay is complete and resourceful woman who needs someone with even more capabilities than her. Any man wanting to marry DElay should be prepared ooo😎

Yh oo. You have to prepare oo. All the same, I like the fact that she said she’s not looking out for a man who’s rich rich rich!