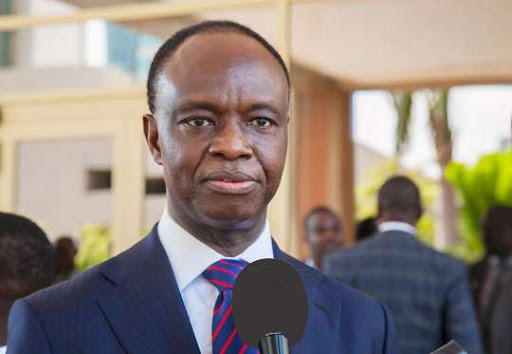 The Accra High Court yesterday ordered the government to stop collecting the personal data of mobile phone subscribers because it amounts to breach of privacy.

This was in the wake of the COVID-19 pandemic and the government argued that collecting personal information of clients would make contact tracing much easier.
But private legal practitioner, Mr Francis Arthur who was not happy with the move, filed a writ at the Human Rights Division of the Accra High Court and joined the Attorney-General, the National Communications Authority (NCA), Vodafone Ghana, MTN Ghana and Kelni GVG as defendants.

In the ruling delivered on Thursday, the court presided over by Justice Rebecca Sittie upheld the arguments of the plaintiff noting that the President’s actions violate and continue to violate the right to privacy.

The court also directed the government to delete all such data and submit a report to the Registrar of the High Court within 14 days.

The court ordered Vodafone, the NCA and Kelni GVG to pay damages of GH¢ 20,000 each to the applicant.

On April 6, 2020, Mr Francis Kwarteng Arthur, a private legal practitioner, went to the High Court to challenge the President’s order contained in Executive Instrument (EI) Number 63 as well as the manner in which the order was being implemented.

EI 63 orders all telecommunications network and service providers to handover the personal information of all customers and subscribers to the President.

The President’s reason for making CI 63, according to the Attorney-General, was to conduct contact-tracing to control the spread of the deadly COVID-19.

Since the passing of the EI 63 in March 2020, the personal information of millions of mobile phone service subscribers has been collected and given to a private company, Kelni GVG.

Counsel for the applicant, Dr Justice Sai, argued, among others, that “EI 63 offends the permissible limitation clause of the Constitution … and that the mechanism that EI 63 deploys is extremely disproportionate to the intended purpose.”

He argued that the establishment of Emergency Communications System-Instrument, 2020, brought by an Executive Instrument E.I. 63 was illegal.

Dr Sai contends that the personal information of his client which is in the possession of MTN and Vodafone, who have been joined to the suit as defendants was protected by the 1992 Constitution of Ghana and cannot be given out to a third party by telecommunication companies without recourse to law or laid down procedure or without his express permission or consent.

It is the case of the private legal practitioner that the Electronic Communications Act, 2008 (Act 775) contains a condition precedent for the President’s invocation of his power in section 100.

“The condition precedent is that the President should have first, declared a State of Emergency under Article 31 of the 1992 Constitution, as stated in Section 99 of Act 775,” the applicant argued.

Kelni GVG Limited, on or about March 27, 2020, acting on behalf of the President wrote to all communication network service operators directing them, to put the applicant’s personal information and that of other subscribers at their disposal.

The applicant asked the court to declare the conduct by Kelni GVG Limited, NCA, or any other person to procure his personal information from MTN and Vodafone without following due process as a violation of his rights.

The NCA is taking our data and selling it to others for money. Our call information and chats are no longer save . It’s good the court has asked this phenomenon to stop. The telecommunication chamber in Ghana should come to our aid in this