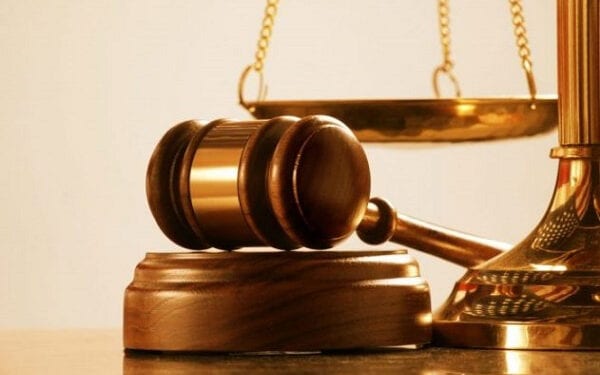 The Criminal case where four persons are standing trial for allegedly kidnapping two Canadian girls, has been put on hold.

This was after presiding judge, Justice Lydia Osei Marfo, gave an order for a mini trial to be conducted.

The order for the mini trial came after lawyers for the accused persons objected to the tendering of some documents by prosecution.

The 11th Prosecution Witness, Detective Corporal Augustine Dery, being led in evidence told the court he was tendering in statements allegedly endorsed by the accused persons in evidence.

Lawyers for the accused persons however, objected to the request.

According to the lawyers, the accused persons were forced to endorse the documents as their statements.

“They were threatened, beaten and waterboarded to endorse the witness statement. They could not identify the signature and thumb prints on the statement. It is left with prosecution to prove whether the statements were taken freely and voluntarily.” Lawyer Yaw Dankwah emphasised.

He also insisted the accused were refused lawyers of their choices to advice them when their statements were allegedly being taken.

According to prosecution, “the statements were given in the presence of an independent witness, after which they thumb printed so for them to turn around and make allegations that they were tortured by way of waterboarding surprises us.”

Principal State Attorney, Winnifred Sarpong, added; “under the law, the court can conduct a mini trial in respect of the matter.”

“Not only that, they have also raised issues with similar statements coming from the CID also said to have been made by the accused persons. I hereby order for a mini trial in respect of all statements allegedly made by the accused persons herein (being it from the CID or the Bni) allegedly made and put the main trial on hold. Mouth of PW11 is hereby sealed.”

On June 4, 2019, three Nigerians and one Ghanaian, allegedly kidnapped two Canadian girls who were volunteers in Kumasi in the Ashanti Region.

According to the facts presented to the court, they touched the girls inappropriately and smeared their bodies with blood of a fowl and forwarded pictures to their families and demanded money from their families.
The girls were later rescued by joint police and National Security team during a shootout.

The case has been adjourned to July 26 2021 for the commencement of the mini trial.

The presiding judge is only applying the laws of the state. The prosecutors are saying some documents and evidence were signed out if duress so there’s the need the judge to reassess the case of the alleged Canadian kidnappers. Let’s see how justice pans out

The lawyers of the accused were smart in playing the wildcards, let’s wait on the mini trial to find the real truth, we pray justice prevail.