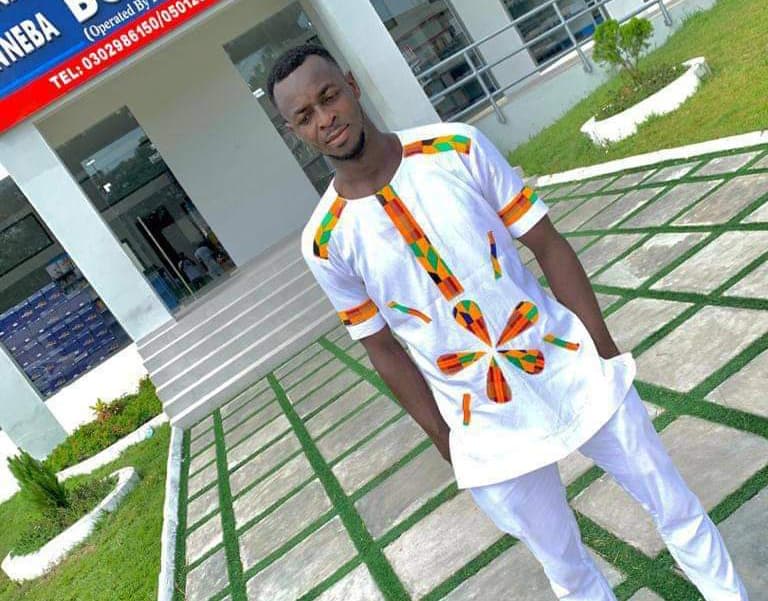 image768×601 75.9 KB
The student, identified as Sani Abdul Majeed fell and broke his neck and spine during a somersault.

The Students Representative Council (SRC) of the University of Education (UEW), Winneba has urged final year students to be measured in the celebrations when they complete their courses after a student of the school died in a celebratory backflip.
The student, Sani Abdul Majeed fell and broke his neck and spine during a somersault.

He died on Thursday night at the Korle Bu Teaching Hospital in Accra after spending two days in the hospital.

In a statement condoling the deceased’s family, the UEW SRC said Sani, a level 400 (final year) student of the Department of Health, Physical Education, Recreation and Sports, was a promising young person.

The statement also cautioned all final year students to not be carried away during their celebrations.

“The Student Representative Council of the University of Education, Winneba is stunned by the news of the sudden departure of one of its colleagues by name Sani Abdul Majeed, a level 400 (final year) student of the Department of Health, Physical Education, Recreation and Sports (HYPERS),” the statement said.

"The Council extends its heartfelt condolences and deepest sympathies to the deceased’s family on the untimely loss of their son; though the Council has shown leadership at the time the deceased needed its help as the saying goes “Man proposes, God disposes”. The Council indeed believes that every soul shall taste death; though death, in general, is painful, it is the exit of a promising young person that pains the most! We pray that he, the deceased rest in peace in the bosom of Almighty God.

“Meanwhile, the Council wishes to draw the attention of the Final Year students who are in the mood of celebrating the completion of their courses/programs to do that with moderation and should not be carried away by their rejoice. The entire student fraternity will be keeping the deceased in their thoughts and holding him in their heart. Rest In Peace Sani Abdul Majeed!”