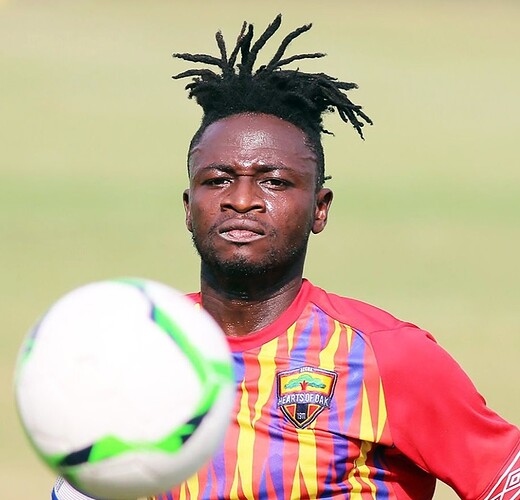 Hearts of Oak skipper, Fatawu Mohammed, says the club is focused on finishing the season as double champions after annexing the Ghana Premier League title.

Mohammed told the Graphic Sports in an exclusive that the season was far from over for the team, especially where they are still working tirelessly to add the MTN FA Cup trophy to the league title.

The Phobians are scheduled to play Elmina Sharks in the quarter-finals of the MTN FA Cup at Elmina this weekend, following an impressive season which has seen them playing 11 matches without defeat.

According to him, the playing body was only thinking of ending the season with another trophy before focusing on their continental campaign next season.

He said the players were committed to making history with Hearts and would fight hard to win the FA Cup at the end of the campaign.

“We haven’t started thinking of playing in Africa yet because the season is not yet over,” Mohammed stated.

“The focus now is to win the FA Cup and end the season as double champions and we are working towards that.

“Until that is done, we are not immediately thinking of next season’s Champions League participation which could be detrimental to our double target,” he added.

Hearts were coronated as winners of their 21st league title at Sogakope last Saturday and are expected to compete in next season’s CAF Champions League.

However, leading the team to break an over a decade’s jinx excited Mohammed, who thanked the management and supporters of the club for their immense contribution to that history and promised to work harder next season.

“It is an honour to lead a team like Hearts of Oak to win the league title and that really excites me.

“But I don’t have to take the credit alone because everyone in the club played a major role in seeing us end this jinx,” Mohammed noted.

That’s good to hear from the captain, while other players are busy on the next move to abroad to ply their trade, he wants to stay and nuture himself in the local league. I think most players ashould be thinking this way. Hearts will win another title next season.