# Can Ruben Loftus-Cheek make the most of his chance at Chelsea this season?

Ruben Loftus-Cheek enjoyed an emboldening start to his Chelsea career but with the 2021-22 season underway the midfielder finds himself staring down the barrel of last chance saloon. 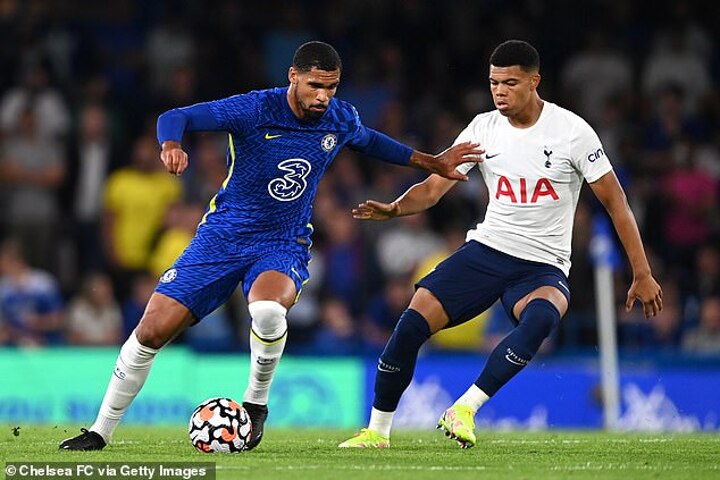 Loftus-Cheek was a thrilling prospect for the Blues when he became the first academy product to break through since John Terry in 2014.

However, cursed with injuries and loan spells the Englishman hasn’t lived up to his early promise.

In May 2019, Loftus-Cheek’s Chelsea career appeared to be taking off.

The central midfielder had finally broken into the Blues’ first team under Maurizio Sarri and had seemingly cemented his spot as a bona fide regular starter.

He enjoyed his best chapter at Chelsea under Sarri, scoring 10 goals in 40 appearances in all competitions, even bagging one in the Europa League semi-final second leg against Eintracht Frankfurt to send them to Baku.

He had also been named in England’s Nations League finals squad, a year after playing himself into the 2018 World Cup squad while on loan at Crystal Palace.

But Loftus-Cheek’s upwards trajectory came to a sudden halt when he left Chelsea’s post-season charity game against MLS side New England Revolution on crutches. He ruptured his achilles barely 20 minutes after coming on at half-time.

Despite signing a new five-year deal that summer, his future no longer seemed bright.

Although he technically recovered from the injury, the damage to his game was unrepairable and he only played nine times in the following campaign.

He told Chelsea’s YouTube channel: ‘I came back from injury, didn’t feel myself, didn’t feel powerful. I wasn’t running past people, I lost a lot of muscle and power. I felt like I needed to get away and play as much football as possible, and I got that.’

He was sent away from Stamford Bridge, spending last season loan at Fulham.

It was a mixed time at Craven Cottage for Loftus-Cheek, with Fulham having been relegated while his influence over the team waned.

However, his spell at Fulham provided him with much-needed game time and he has seemingly returned to the Cobham training ground physically and mentally refreshed.

Roma boss Jose Mourinho had been eyeing a move to raid his former club for Loftus-Cheek this summer but a deal failed to materialise before the window slammed shut last week.

Loftus-Cheek is staying at the club for now as coach Thomas Tuchel opened the door to a second chance for the England international.

Tuchel, Loftus-Cheek’s sixth manager at Stamford Bridge, has publicly talked up the midfielder’s ability - even likening him to one of Germany’s greats.

‘I was quite a fan of him when he was even younger,’ Chelsea’s manager said in April. ‘It reminded us a bit of his style of play and movements with Michael Ballack. There were some links about him all the time with maybe a move to the German league so we were well aware of his talent.’

At 25, Loftus-Cheek still has plenty of time to improve on that talent and grow as a player and we could see him return to his previous extraordinary levels of physicality.

But Tuchel’s praise only goes so far. Loftus-Cheek’s future is now in his own hands and it is now or never for him to make his mark at Chelsea or remain destined to spend

Loftus-Cheek featured in Chelsea’s friendly against Arsenal in pre-season and after the 2-1 win Tuchel said: 'It’s too early to judge Ruben.

'He has everything in his hands. He can decide his own future.

'Generally, I am happy and that’s why he plays, he deserves to play at this point of the preparation.

‘But I think he can do even more, he can show up more. He can show more physical capability and drive more with the ball. I’m never satisfied with him, I have the feeling we need to push him to the absolute limit.’

Returning as an outcast, Loftus-Cheek is desperate to avoid being marginalised at Stamford Bridge again, promising that this will be the season ‘I hit the ground running’ at Chelsea.

‘I had last season as a season where I can find my feet, and it definitely felt like that at the start,’ he told the Chelsea website. 'I was struggling mentally and needed to focus on just taking risks in training and get that feel back.

‘But it eventually came and I was doing really well in games, so I’ve had my injury and I’ve had a season now to get fit and feel confident in my body and this season is where I hit the ground running.’

Tuchel has seemingly offered Loftus-Cheek a lifeline at Chelsea and the 25-year-old could light up west London once again.

However, while it may be make or break for Loftus-Cheek this season, Chelsea’s midfield is already stacked with regular starters who won’t be eager to hand their spot over.

Loftus-Cheek will have to battle just to get into Chelsea’s star-studded midfield never mind actually impressing on the pitch, as the demands for brilliance have been taken up a notch under Tuchel.

He has yet to feature in the Blues’ unbeaten start to the Premier League, not even making the squad in Chelsea’s wins over Crystal Palace and Arsenal and being left on the bench for their 1-1 draw against title competitors Liverpool.