Buduburam Camp to go down 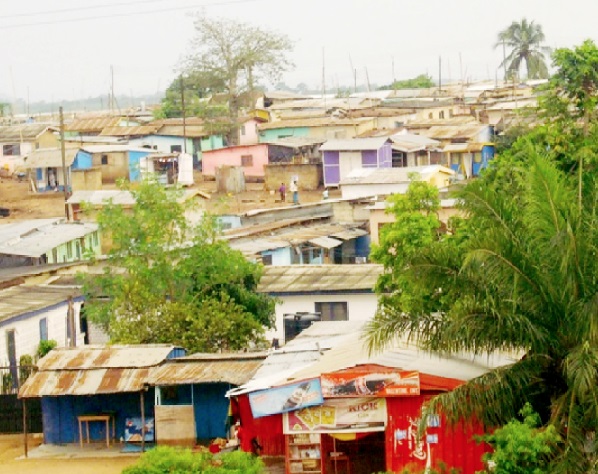 The Buduburam Camp, which for over two decades served as home for refugees, is to be demolished to pave the way for the redevelopment of the area.

The place will be developed to have a senior high school, a residential community and a modern market.

The camp, which was decommissioned as a refugee base by the United Nations High Commissioner for Refugees (UNHCR) in June 2010, has become a settlement and now bears the infamous credential as a hideout for social deviants, including alleged robbery gangs.

The District Chief Executive (DCE) for Gomoa East, Mr Solomon Darko-Quarm, told the Daily Graphic that the demolition of the camp was in response to a request by the Gomoa Fetteh chiefs over the increasing criminal acts in the Gomoa area, with the camp being turned into an abode for suspected criminals.

“The Buduburam Camp has become an albatross around the neck of the nation as it has become a den for many suspected criminals engaged in many criminal activities across the country,” he noted.

He indicated, however, that the exercise would be undertaken after the completion of the ongoing tarring of new roads at Buduburam meant to ease the traffic congestion on that stretch of the Accra-Cape Coast highway.

The camp is sited in the Gomoa East District and shares a boundary with Kasoa.

It also housed refugees from Sierra Leone who escaped from their country’s civil war between 1991–2002.

Although the camp was decommissioned following the return of peace to the two countries, most of the refugees resettled in the neighbourhood.

On May 18, 2021, the chiefs of Gomoa Fetteh, at a news conference, expressed concern about the increasing crime rate at the Buduburam Camp and issued a three-month ultimatum to the government to pull down all makeshift structures — said to be the abode of those suspected criminals — in the area.

Mr Darko-Quarm said the demolition would also pave the way to redevelop the area to befit the district’s status as the gateway to the Central Region.

“It has become a fast-growing community which needs social and economic amenities to befit its status.

“Among the amenities to be put up in the area will be the construction of a public SHS which will complement the St Gregory SHS which was recently adopted by the government but lacks the capacity to accommodate junior high school graduates in the area,” the DCE said.

Meanwhile, the district assembly has commenced the expansion and tarring of roads on the Buduburam stretch of the Accra Cape-Coast road to ease the traffic congestion on that stretch.

It forms part of the first phase of the Buduburam redevelopment plan.

“This timely project, when completed, will be a huge relief for many road users, especially motorists plying the Accra-Cape Coast highway,” Mr Darko-Quarm told the Daily Graphic after inspecting the progress of work last Sunday.

This is a positive step towards development. Schools and market place are some of the things which measures how a community is growing up. The move towards progress is a good one hence an opportunity for people to start business.
But the inhabitants should be given a prior notice before demolition.

Maybe the government should think of relocating them.
If not, I think they fled into the country during the time of political instability their various countries. For now, peace has been restored they can go back to their countries.
Hence, they have added up to the population of the country, putting pressure on social amenities.