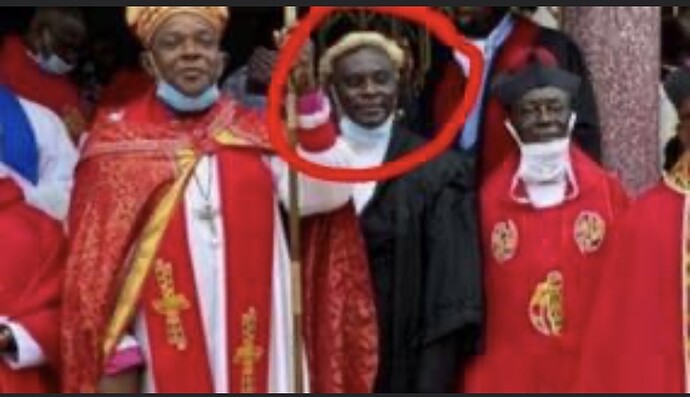 Ghanaian media personality Bridget Otoo has released a shocking background of the Anglican Reverend Father who was filmed kissing some young female students.

On Monday, a video that captures an Anglican Church Reverend Father kissing some female students of St Monica’s College Of Education in the Asante-Mampong Diocese went viral on the internet.

In the video, the Reverend Father purposely removed his nose mask before kissing the female students who took turns to receive whatever blessing the preacher may have promised them.

Congregation members, made up of both elderly and young people, are seen gleefully jumping and screaming to cheer up the man of God’s kissing spree.

The video has been criticised by many Ghanaians, with many calling for his sack. But many people are wondering who the Reverend Father is.
Bridget Otoo has done some digging and found out that the Reverend Father, whose name is still unknown, holds key positions in the Ghana Education Service (GES).

“Update: The reverend minister is the legal counsel for GES, Ashanti region he ironically is part of the disciplinary committee of GES. He writes all letters for GES in the Ashanti Region. His image is what u see there. In his wig next to the Bishop,” she quoted photos of the Reverend Father in his court attire.