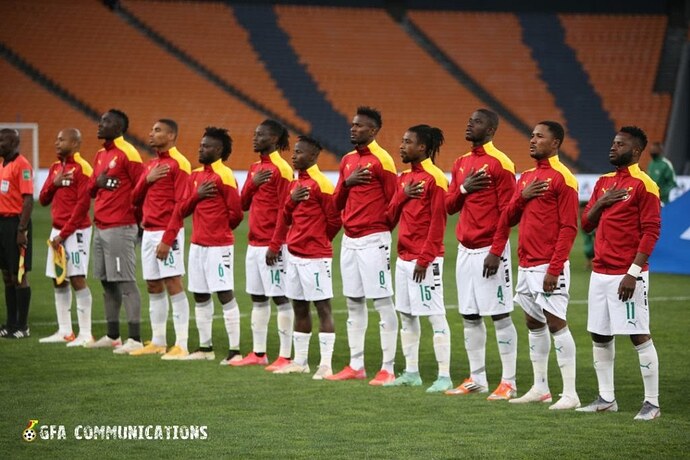 But injured Ajax Amsterdam midfielder Kudus Mohammed, who is yet to report the team’s camp base in Qatar has been included.

A Ghana FA statement read: ‘‘AS Roma youngster Felix Afena Gyan and Clermont Foot midfielder Salis Abdul Samed missed out on the final list for the tournament which kicks off on Sunday, January 9, 2022 in Cameroon.’’

The squad includes 18 players who will be making in the continent’s flagship event for the first time.

All four goalkeepers picked for the tournament will be marking their debuts.

Ghana are scheduled to play defending champions Algeria in a pre-tournament friendly on Wednesday, 5 January before flying to Cameroon.

The Black Stars have been drawn in Group C alongside Morocco, Gabon and Comoros Island.