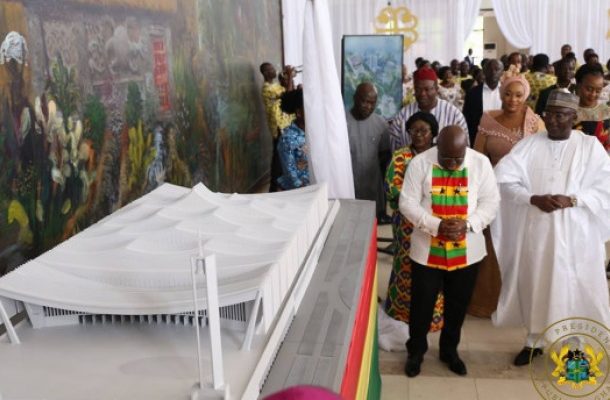 The Director of Elections of the National Democratic Congress (NDC), Elvis Afriyie Ankrah, says President Nana Addo Dankwa Akufo-Addo is not qualified to build a place of worship for God because his hands are stained in blood.

According to him, the death of innocent Ghanaians before, during and after the 2020 elections cannot be put on anybody’s head than President Akufo-Addo’s.

He, therefore, said he does not see him qualified to build the National Cathedral.

Mr Afriyie Ankrah expressed these sentiments on Saturday, August 28 when he appeared on The Keypoints on TV3/3FM to discuss the proposed electoral reforms being tabled by his party.

In discussing the reforms, the former Youth and Sports Minister insisted that the NDC won the parliamentary elections held on Monday, December 7, 2020 but the New Patriotic Party (NPP) government led by President Akufo-Addo deployed “thugs” to kill innocent Ghanaians in order to overturn the results.

“For us, the elections were stolen. When [the NPP] realised they were losing, they deployed thugs wearing military uniforms, some wearing beards with earrings and they went and shot innocent people and stole the votes.

“Those are the facts and the President of this republic has not been able to say anything about it.

President Akufo-Addo decided to build a National Cathedral in commemoration of the 60th independence anniversary of the country.

He later disclosed that he had purposed in his heart to embark upon such a project to the glory of God as a fulfilment of his promise in becoming the leader of the country after a couple of failed attempts.

Hmmm who are we to judge.