Bayern star Muller has been accused of animal cruelty by PETA

Bayern Munich star Thomas Muller has been accused of allowing horses in his care to perform ‘unnatural səxual acts’ by PETA. Issues arose after Muller announced that his horse D’Avie sustained an injury ahead of breeding season - something which the animal rights organisation argue was ‘preventable and unnecessary’.

Alongside his wife Lisa, who is a horse trainer and competes in events, the couple have been running a horse farm in Germany - where they sell the frozen horse semen for €200 (£167.55). In a statement this week, Muller explained: 'Unfortunately, we have bad news. Our D’Avie will not be available in the next few months. Unfortunately, he slipped during a test attempt to prepare for breeding season and fell dramatically on his side.

‘He sustained an injury to the hoof area and will need complete rest for the next few months. He’s a tough guy, and he could have been worse.’

That in turn caused PETA spokesperson Jana Hoger to speak out and brandish the practices that led to the injury as ‘unnecessary’.

The statement said: 'It is horrible that self-proclaimed horse lovers force animals in their care to perform unnatural səxual acts to profit from it.

‘The injuries D’Avie suffered under the supervision of Lisa and Thomas Müller were preventable and unnecessary.’

There is no suggestion of wrongdoing by Thomas Muller or his wife. Sportsmail have contacted Bayern Munich for comment but are as of yet received no comment. The debacle comes shortly after West Ham’s Kurt Zouma came under fire after a video of the Frenchman abusing his pet cat went viral last week.

The French defender was condemned by his club, the RSPCA and other animal welfare groups on Tuesday after a video emerged of him on Monday night dropping, kicking and slapping his pet cat.

The centre-back featured for West Ham against Watford and was also named in the starting lineup against Leicester but had to withdraw from the latter fixture due to illness.

Zouma was hit with the maximum fine of two weeks’ wages by his club - £250,000, which will be donated to animal welfare charities. 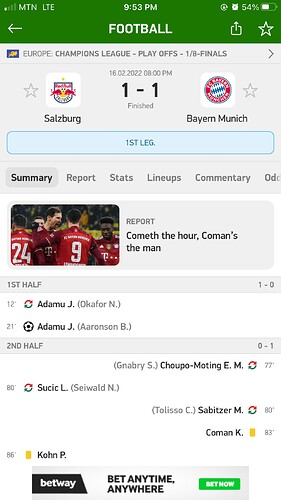 Gather here for what? That we draw with Salzburg?

You know right? It’s loss for me

Hahahaha looks like these days Bayern is not seeing top.

Yes you are right. So many significant players are injured and it’s affecting their play. I’m just hoping they made full recovery soon else Bayern might drop out of UCL sooner than later.

I won’t talk plenty. The last time I checked, @Emp_Sel was like they gonna bury the next team they’re going to play against. Now this draw was even a luck. Very soon Bayern Munich will turn Arsenal and Manchester United of Bundesliga. I’m done. 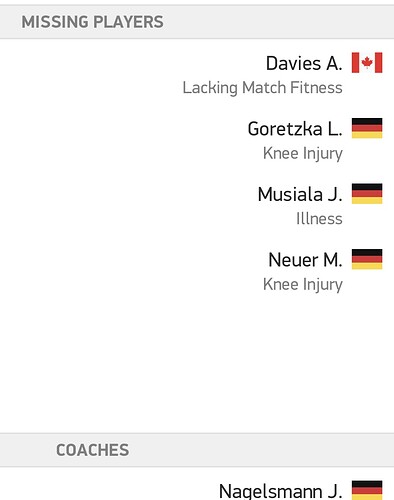 I’m waiting for him @Emp_Sel to answer us

Oh! We have Alphonso Davies. In fact, he’s one of the reasons why our defense is that weak. Adey lie?

Salzburg was lucky to draw with Bayern. Don’t worry. 2nd Leg is at Allianz Arena. Bayern will put them at their right place.

And mind you, we were not running on all cylinders.

You know one thing I noticed about @Emp_Sel? Every time they score Bayern, he always finds some excuse. I can’t think far kraaaa… that’s why @Danny said Bayern is like Black Stars.

By the way this is @Emp_Sel now after hearing what @siaw said.

Until you are able to defeat Lilie next week, I have nothing to say to you @Danny.