Attack on interim president in Mali 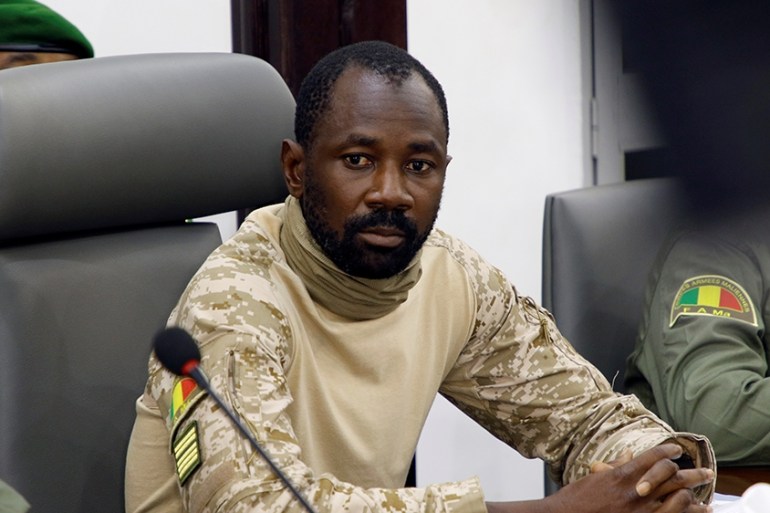 Mali’s interim President Assimi Goitahas been targeted in an attempted stabbing attack after Eid al-Adha prayers at the Grand Mosque in the capital, Bamako, his office said.

“The attacker was immediately overpowered by security. Investigations are ongoing,” the presidency said in a Twitter post on Tuesday.

The interim leader was whisked away, according to an AFP news agency journalist, who also said he saw blood at the scene, though it was not clear who had been wounded.

Goita announced on national television that he was doing “very well” following an attempt on his life in the capital Bamako on Tuesday.

“That’s part of being a leader, there are always malcontents,” he said in a statement broadcast on state channel ORTM.

“There are people who at any time may want to try things to cause instability”. The attack happened as an imam was directing worshippers outside the mosque for a ritual animal sacrifice.

Religious Affairs Minister Mamadou Kone told AFP that a man had “tried to kill the president with a knife” but was apprehended.

Latus Toure, the director of the Great Mosque, said an attacker had lunged for the president but wounded someone else.

Goita, 37, was sworn into office last month despite facing a diplomatic backlash over his second power grab in nine months.

In August 2020, Colonel Goita had led a military coup that removed embattled President Ibrahim Boubacar Keita after months of anti-government protests over perceived corruption and the failure to tackle a deteriorating security crisis that first emerged in 2012.