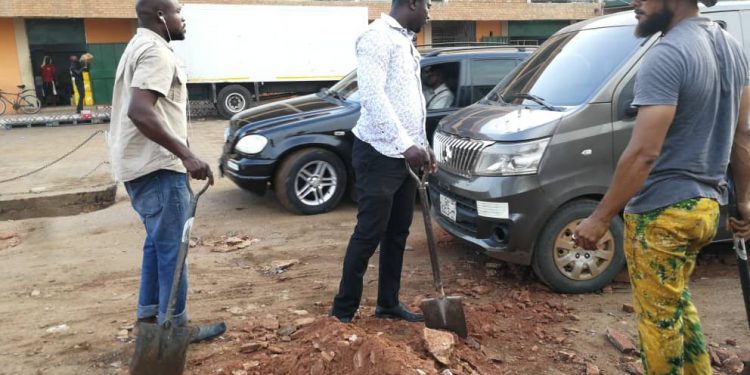 The Member of Parliament for Ashaiman, Ernest Henry Norgbey, has said he will support an impending protest by residents and motorists in his constituency over the deplorable roads in the municipality.

According to the MP, portions of major roads in the municipality have been left in a deplorable state for far too long; making life unbearable for residents who have to grapple with the intense traffic congestion on a daily basis.

The MP made the remark when he joined some residents of Ashaiman to fill potholes on major roads in the municipality.

The onset of rains is said to have further worsened the state of roads in the Ashaiman municipality.

Some residents and motorists say they are compelled to endure the difficult consequences of unbearable traffic congestion and regular costly repairs on their vehicles, which in turn is affecting their livelihoods.

The residents mentioned roads such as the Jericho to Lebanon Police Junction Road, the Central Business District to Zenu Road, and the Newtown Junction to Afariwaa road as some of the most deplorable roads in the municipality.

It will be recalled that commercial drivers staged a major protest in 2013 over the deplorable state of roads in Ashaiman, where personnel manning the toll booth on the Accra Tema motorway were prevented from collecting monies.

Some commercial drivers who spoke to Citi News have thus threatened to stage a similar protest if the authorities fail to fix the roads in Ashaiman.

“As I speak with you, we drivers in Ashaiman are planning amongst ourselves to stage a massive demonstration similar to what we did in 2013. If the government cannot fix the road after our many appeals, then we will speak the language they best understand”, said a driver.

Apart from drivers, businesses and shop owners are also having their fair share of the effects of the deplorable roads within the municipality. Some shop owners who spoke to Citi News say apart from the effect of the roads on their businesses, pregnant women are also losing their pregnancies on a daily basis.

The Chairman of the Ashaiman Wood Dealers Association, Anthony Asare Partey, also noted; “the deplorable state of roads in the municipality has led to the high cost of transport fares which is making it difficult for our customers to come here and buy”

Meanwhile, executives of private transport operators in Ashaiman say there is growing anger amongst drivers over the deplorable state of roads, and have thus issued a one-month ultimatum to the government to fix the roads or risk a repeat of the previous Ashaiman drivers’ demonstration. 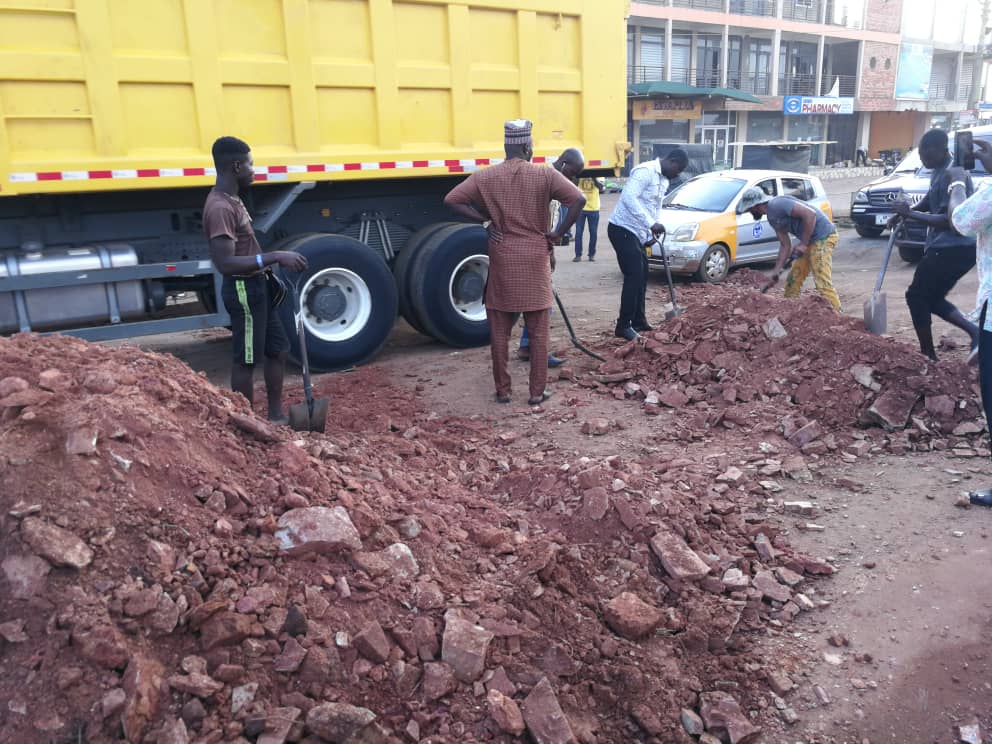 The spokesman for the Ashaiman Municipal Private Transport Operators Coordination Council, AMPTOCC, Samuel Amoah, who spoke to Citi News said, “drivers are not happy with the state of roads they ply on. Drivers in Ashaiman wanted to demonstrate, but we had to calm them down. So we are giving the government a one-month ultimatum to fix all roads in Ashaiman. Should the government fail, we would be left with no option than to hit the road with a massive demo.” 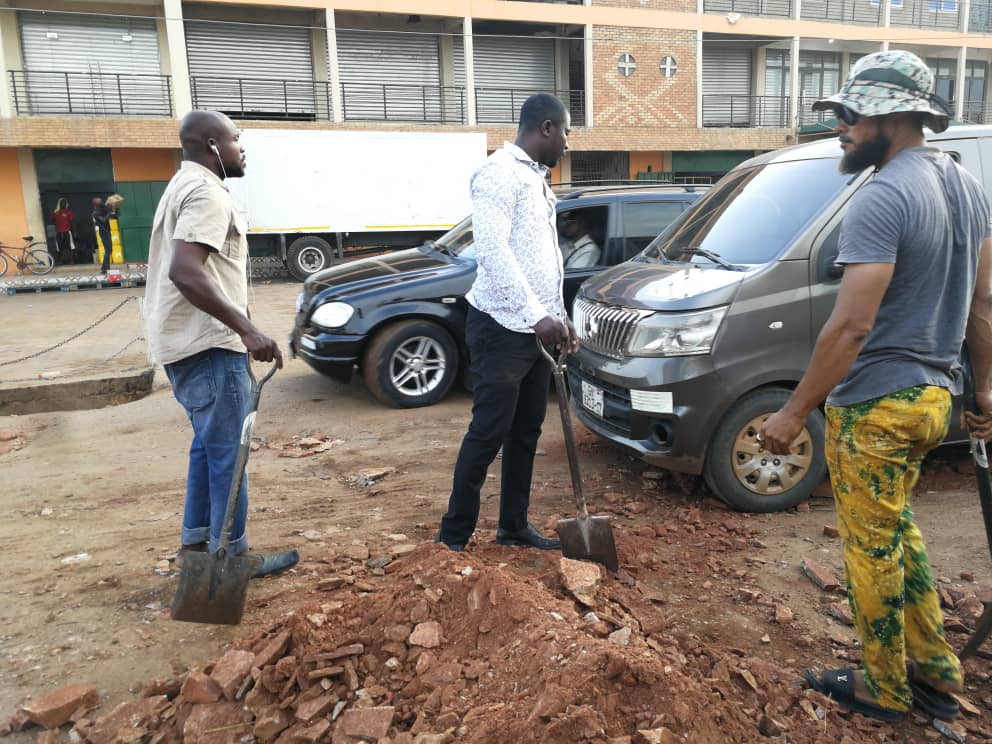 In his own small way, the MP for Ashaiman, Ernest Henry Norgbey, as an interim measure, ordered six trips of laterite to fill potholes within the municipality. 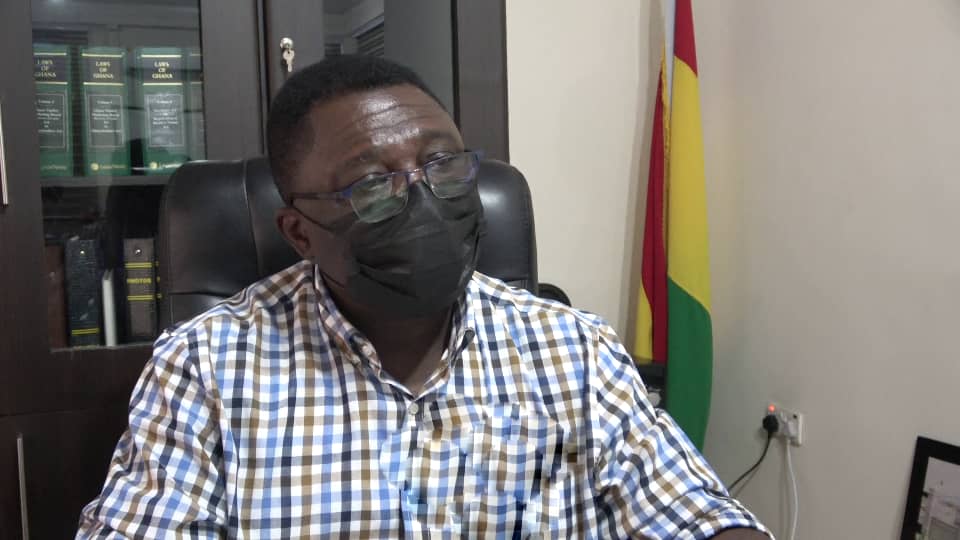 960×540 47.3 KB
Speaking to Citi News, the MP complained about the neglect by the Urban Roads Department and the Municipal Assembly in terms of maintenance of roads in Ashaiman. He said he will welcome any protest by his constituents over the issue.

“Significant portions of road network in Ashaiman are in a very deplorable state. The rains have worsened the case. As such, calls kept coming, so I decided to arrange some laterite to fill some potholes as an interim measure, he said. 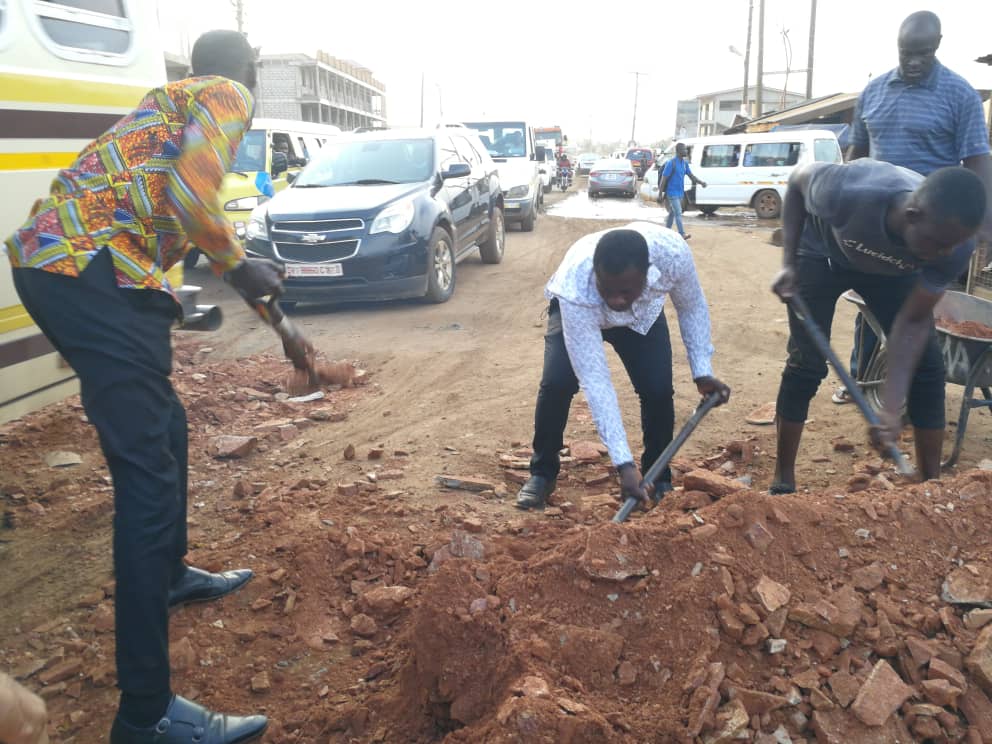 The MP added that; “as we speak, there is heightened apprehension amongst motorists and residents over the deplorable state of roads in Ashaiman for which reason I hear they are planning to stage a protest. Let me state here and now that I will personally welcome any such protest and would lead in its organisation.”

When contacted, the MCE of Ashaiman, Albert Boakye Okyere in a telephone interview acknowledged the challenges and assured that the Assembly will do the little it could within its budget to portions of the bad roads to ensure free flow of traffic.