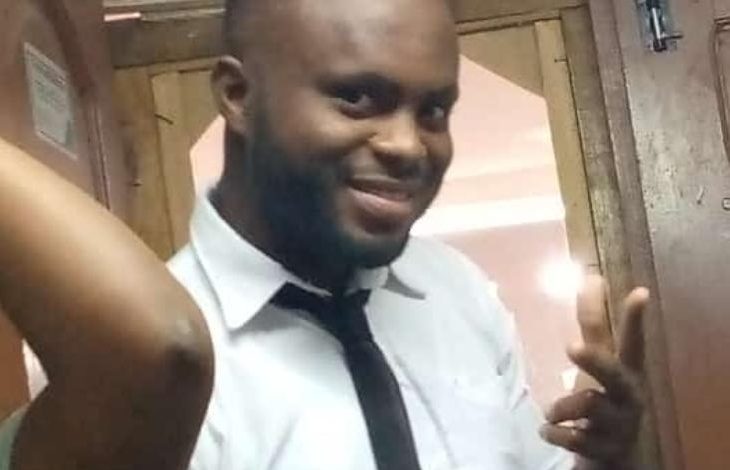 A 31-year-old nurse of the Zebilla Hospital in the Bawku West District of the Upper East Region has been killed by suspected armed robbers, on the Bolgatanga -Zebilla road, in the early hours of Tuesday.

Ishmael Bashiru Pumi, popularly known as Prince, who was driving his car from Bolgatanga to Zebilla, run into an ongoing robbery at the Tilli forest, where armed men blocked the road with their cattle and robbed their victims.

Mr Paul Asio, a friend of the late nurse, who was in the car with him, told the Ghana News Agency that on reaching the robbery scene, Pumi attempted to by-pass an articulator truck parked on the road, but unknown to them, the occupants of the truck, a driver and three mates, were being robbed.

Mr Asio said “When we were approaching the truck, I told him that it was a broken down vehicle so he should be careful. Immediately we by-passed the vehicle, Fulani people shot directly at the head of Pumi and he lost control and the car stopped as the bullet grazed my forehead”.

The friend said about five robbers wielding two guns, came to the car, pulled him and Pumi, who was in a pool of blood out of the car, searched their bags and took their monies and phones.

Mr Asio indicated that when the robbers saw Pumi bleeding, one of them, who spoke Kusaal language, said that “they should give my phone back to me to call for Prince to be taken to hospital else he will die. I called a friend to go to the Police station and report, so within 30 minutes the Police came and took six of us to the Zebilla Hospital.”

Mr Denis Kpireu-Ib Benyuur, Bawku West District Chairman of the Ghana Registered Nurses and Midwives Association (GRNMA), confirmed the death of the nurse to the GNA, saying Pumi was referred from the Zebilla Hospital to the Tamale Teaching Hospital, where he passed on.

The Chairman said “He was brought to the hospital in an unconscious state; he was transfused with two units of blood and referred to the Tamale Teaching Hospital, where he died.

“This is very sad news to us, as an Association, we just buried a nurse last two weeks who was involved in an accident. It’s really a big blow to us. Nurses at the Zebilla Hospital are heartbroken and down-6spirited, even though we are still carrying out our duties as professionals,” Benyuur said.

He called on the Zebilla Police Command to beef up security on the Bolgatanga-Zebilla road, which he said had recorded a number of robbery attacks over the years.

Dear armed robbers, please can you just steal what you want and leave the victim to be alive ? Why kill someone you stole from and for reason. A young and energetic nurse gone just like that. Why?

SAD NEWS! This fulanis’ have killed, injured and raped so many people in this country. I expect a dozen of soldiers and police to be on the crime scene right now. Dealing brutally with this fulani herdsmen. Can’t parliament pass any legislation that will ban them from ever coming to Ghana? We just lost a very promising young man.

“Investigations are ongoing” as said by the police is one of many “useless” statements they make just to give hope.

Our condolences to the family of the deceased this is indeed a sad story, we all need to work hand in hand with the police because this thing getting out of hand

Armed robbery case in the country has become too rampant in recent times. They don’t rob alone but also take the lives of the victims or even rape the women.
Couple of months ago, when this robbery cases became too serious in the northern region, Ghana Police Service promised to put in place measures to curb these unacceptable activities.
But come to think of it, most robbery cases in the northern region, the suspects are always the Fulani people. Now question is, where do they ply into the country? Which entry point do they use?
Is Ghana immigration services on it toe’s at all? Because the are responsible for entry and exit of the people in the country.
May he rest with the Lord