Any MP who stand for the LGBTQ bill will lose in 2024; Captain Smart strongly warns 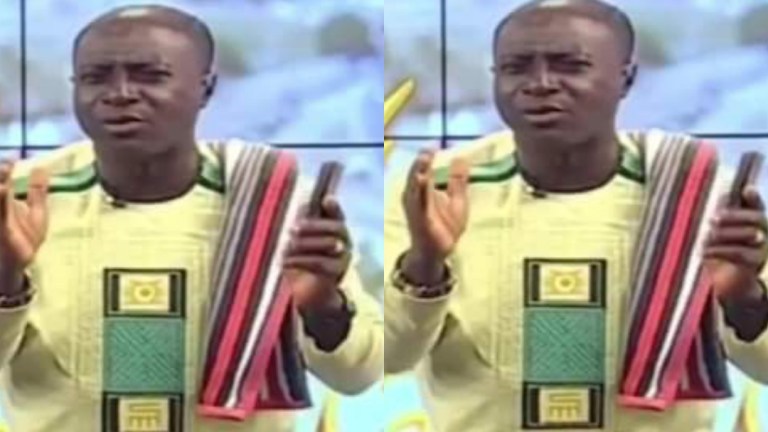 There is so much discussion going on around a proposed bill led by Sam George to criminalise calls for LGBT rights. Ghanaians are sharing mixed reactions over the issue, though many agree that the bill should be passed into a law.

However, not every MP is in support of this and some have moved away from the bill altogether.

On ‘Onua Maakye’ today, Monday, July 26, 2021 [Captain Smart] threw a caution to law makers who are fighting against the bill.

According to him, he has a list of the 17 MPs who are against the bill. He promised to start a campaign to cause them to lose their seats in the next election if they fail to give their approval to the bill.

“On Saturday you people had a meeting. The name of the hotel starts with M. You plan to also rise and fight against the bill. Any MP who refuses to stand with the bill will lose his or her seat. You are 17 in all, 4 women and 13 men. We know all of you. I have the list. If you dare stand against this bill when it comes to Parliament, you will lose your seat. Mark my words.

This is disgusting and people are supporting this. Any MP who dares to stop the bill will suffer for that. This is a warning and we are watching you. We are monitoring the discussion in Parliament.

We will wage a campaign against you and make sure you lose your seat” Captain Smart explained.

It is yet to be seen who those 17 MPs are. Probably, when the bill gets to Parliament Ghanaians will get to know those in favor and those against it. For now, the debate continues and the international community watches

Why does the topic state that any Mp who stands for , but the story states otherwise, anyways I always say s3 the people behind this movement have a lot of influence that’s why this bill is taking too long to pass. Captain smart is just ranting.

The title is very misleading. Anyways, this is a fact. If my MP is against this bill, then he’s already lost the 2024 election in advance. The constituents will not entertain any gay advocate as their representative in parliament. Captain Smart is right on point.

Any MP who stands for the LGBTQ bill will lose the 2024 election. Losing is a small punishment. He/She should be put to prison for just supporting the bill.