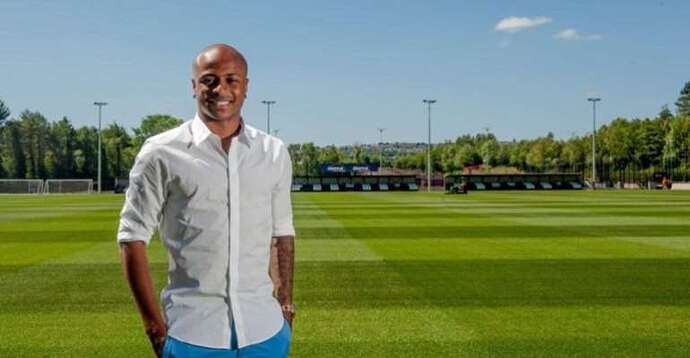 The club after emerging as worthy champions of the Qatari Stars League last season is keen on enjoying additional success in the 2021/2022 football season.

As a result, the club is taking advantage of the summer transfer window to reinforce its squad.

On the back of successful talks with representatives of Andre Ayew, Al Sadd SC on Wednesday announced that they have reached an agreement for the signing of Andre Ayew.

According to a post on the Twitter page of the club, the Ghana captain is expected to land in Doha this morning to undergo mandatory medical checks before signing his contract to make the move official.

Sources tell Modernghana Sports that the former Swansea City poster boy will be put on a monthly wage of $220,000 at his new club.

Congrats big man, may you pass the medical exams and do well in your new team. The money you are taking per week is someone’s lifetime salary so look sharp and play with all your heart .

He is great player and he should keep making Ghana proud. I remember a championship match between Barnsley vs Swansea. It was a very tough match until Andre scored a goal for Swansea giving Swansea a 1-0 win. I admire him a lot.