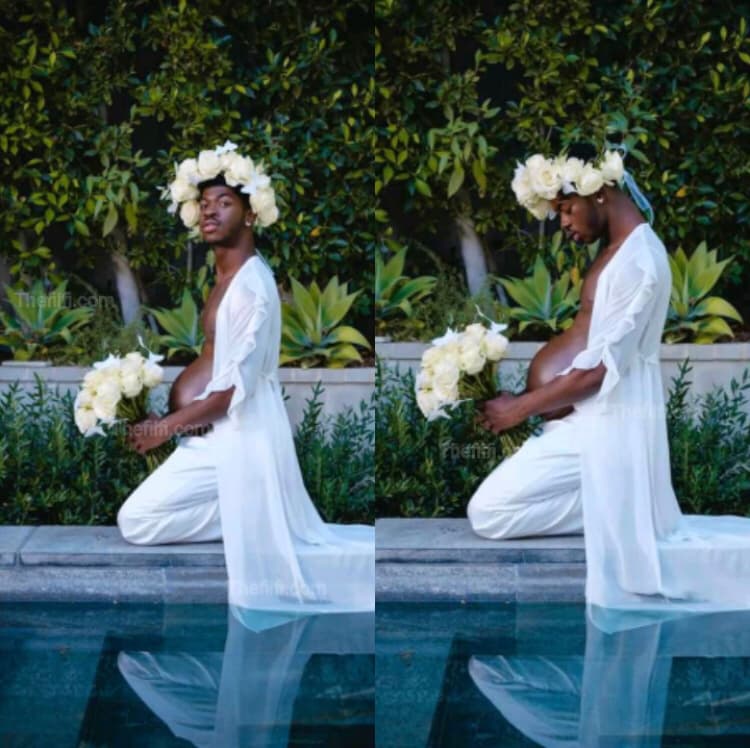 American rapper, Lil Nas X has released new photos to claim he’s pregnant and that fans should expect a baby.

Sharing on social media, he said, he is expecting a ‘child’. And this child is his debut album. Which he has labeled ‘Montero’.

He implied that he will drop on September 17 and making announcement of the new project. The young American rapper did an over-the-top pregnancy shoot. And in the photos, he had a baby bump and also a flower crown. Which amazes fans, how it happened.

On his post, he gave reasons for the photoshoot, he wrote;

I was like, ‘You know what? That’s actually brilliant. So now we have this entire thing coming out, and it’s going to be amazing. I was like, ‘There’s no way the universe is lining up this perfect for this to happen.

I guess I am the father as well as the mother. But I guess the producers who worked on it are like the dads too. I’ve changed in so many ways. I’ve changed the way that I handle a lot of situations, the way I manage my sadness and anger, and just understanding that I don’t have to react to emotions in certain ways. I can’t choose how I feel, but I can choose how to react. I’ve learned to let people’s comments roll off my back.” 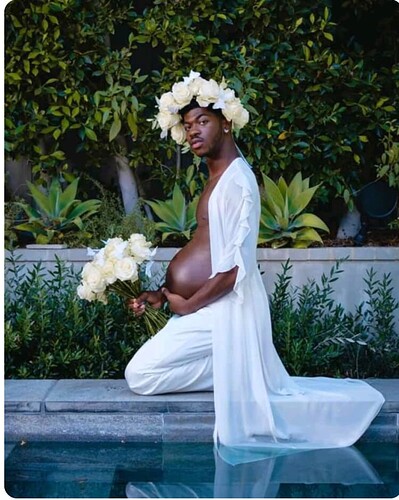 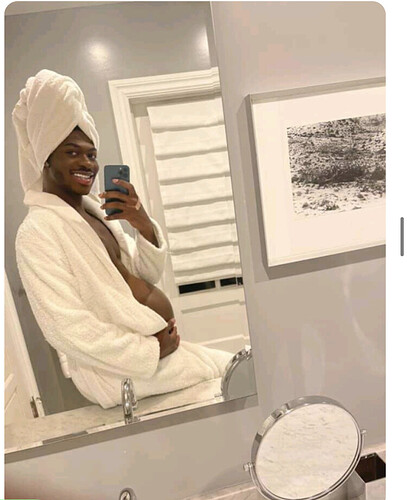 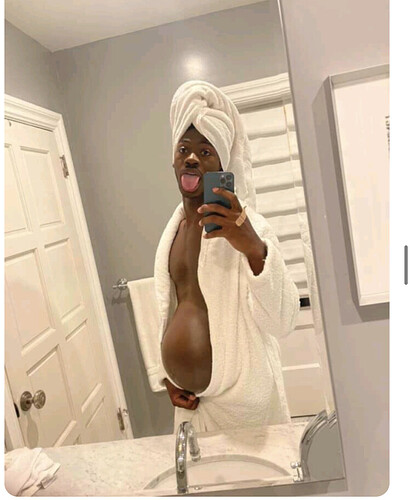 Arh so is he really pregnant or it’s all because of the upcoming song?

Yeah…he is doing it for the album