Alex Lieyuor: Best Student in Jirapa District now serves on Farms due to lack of Funds for KNUST admission

A young Ghanaian man has been reported to have completed secondary school about two years ago, but lacks funds to cater for his tertiary education Alex Kontondaba Lieyuor gained admission to pursue Actuarial Science at the Kwame Nkrumah University of Science and Technology but never reported due to low finances The young man now assists his 75-year-old father on the farm to provide for the rest of the family .Alex Kontondaba Lieyuor, a young Ghanaian man, has been forced to resort to farm works, following his family’s low finances and inability to fund his tertiary education. A recent publication by 3News indicates Alex gained admission to the Kwame Nkrumah University of Science and Technology to study Actuarial Science, following his excellent performance after WASSCE. However, the young man is unable to enrol at the prestigious university, simply because his family cannot afford to pay his fees. 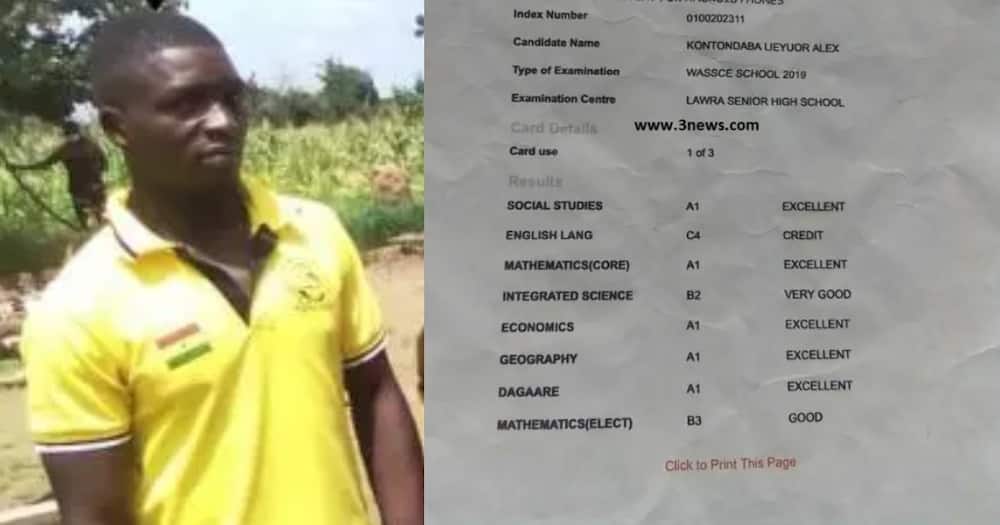 image1000×525 28.8 KB
The young man was the best graduating junior high school student in the Jirapa District of the Upper West Region, with an aggregate of 9 in the 2016 Basic Education Certificate Examination (BECE). He was also the second-best after his secondary education at Lawra Senior High School, with the same aggregate 9 in the West Africa Secondary School Certificate Examination (WASSCE). Alex has had to rely on helping his 75-year-old father at the farm to support the family. He completed secondary school in 2019 and two years down the line, he has still not been able to raise funds to support his tertiary education, 3News reported. The brilliant young man is now hoping to receive help from individuals, organizations, and the government for his dream of someday becoming a lawyer to materialize.
2 Likes
Jacobkuv 25 September 2021 05:57 #2

I tell you bro. People like this are supposed to be given scholarships buh you will see rich men also applying for scholarships for their children. And also some authorities only makes the scholarships known to the rich people so that they get money for them selves