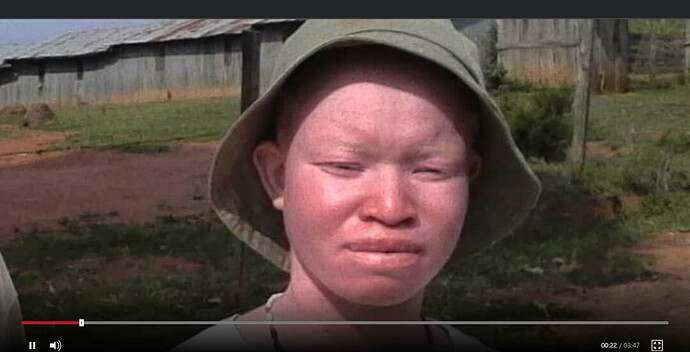 A 15-year-old albino student has told the BBC about her struggles to find a place at a secondary school in Kenya.

One school openly said they wouldn’t give her a place because of her albinism.

“I felt very bad because they were admitting others but didn’t admit me to school,” she told the BBC’s Focus on Africa.

The Albino student says it was a shock to her as she had not come up against such open discrimination before.

“Albinos can also learn and be like others… Albinism is just a colour, everything else is the same,” the teenager said.

The Albino student said she was happy to report that she had now been offered a place at Kapkenda Girls High School in the western town of Chepkorio.

She has also been given a four-year scholarship to finish her secondary education – thanks to the Albinism Society of Kenya in collaboration with Kenya’s Education Fund.

“It is wonderful, they felt very angry when they heard about Winnie’s case,” her father Samuel Rotich said.

It’s a relieve she’s gotten a school now with scholarship and things , but it’s sad to see and hear this kind of discrimination, ain’t we passed this. The other schools that rejected and discriminated her should be sanctioned, this is indubitably a human rights case

This is a discrimination of the highest order. She did not chose albinism. Treating her as if she is the cause of her skin color is unfair and inhumane. Thanks to the scholarship foundation for their intervention and assistance.