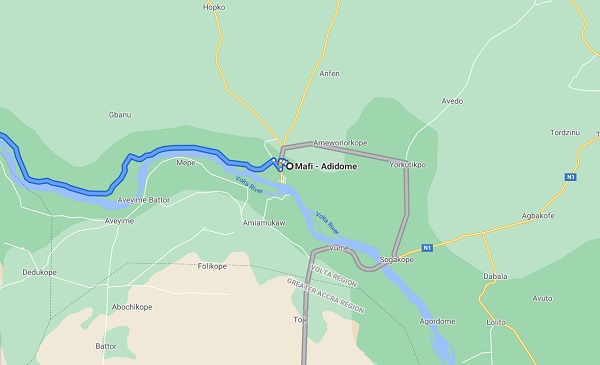 Chieftaincy rivals at Mafi Adidome in the Volta Region have left the town on a knife’s edge following the installation of two chiefs in the town within a space of five days, with both of them bearing an identical stool name.

But last Saturday, the town witnessed the enstoolment of a second chief from the Fiagbenu Family under the name Togbe Kwasinyi Agyeman (Kakaklolo) V.

The second installation process went ahead despite a petition from the rival camp to the local government authorities, appealing that it be prevented from happening.

The petition, signed by the Principal Stool Father and Head of Royal Norgbedzi Family of Toh/Tovie Clan of Mafi, Mr Foster Norgbedzi, to the District Chief Executive (DCE) of the area, said the family intended to install a new chief following the passing of Togbe Kwasinyi Agyeman IV, Dufia of Adidome.

It said a letter to this effect dated August 1, 2021, and signed by the Manklalo of Mafi Traditional Area, Togbe Brentua Asafo IV, had informed the minister of chieftaincy and religious affairs about the situation with copies to the volta regional minister and the DCE.

It said the Fiagbenu Family unit were not descendants of Amebo, the creator of the Toh Tribal stool, and, therefore, did not have the right to install a chief in Adidome without the consent of the clan leaders.

“They should be stopped immediately to avoid any confusion and chaos at Adidome,” it added.

The second enstoolment, however, went ahead as planned as the Central Tongu District Security Council instructed the petitioners to direct their grievances to “the appropriate quarters” for redress.

The letter signed by the District Coordinating Director, Mr Akuffo K. Reuben, further indicated that security would be provided for the installation of the second chief just as was done for the first.

Characterised by a heavy security presence, the rival chief was enstooled amid pomp and circumstance.

At his coronation, the second chief described the enstoolment of the first chief as “lacking legitimacy”.

He said the late Chief, Togbe Agyeman IV, was enstooled in 1974 by people who constituted a recognised structure, the same which had successfully de-stooled him in 1980, although, he alleged, he continued to hold himself as chief until the reaffirmation of his de-stoolment in 2020.