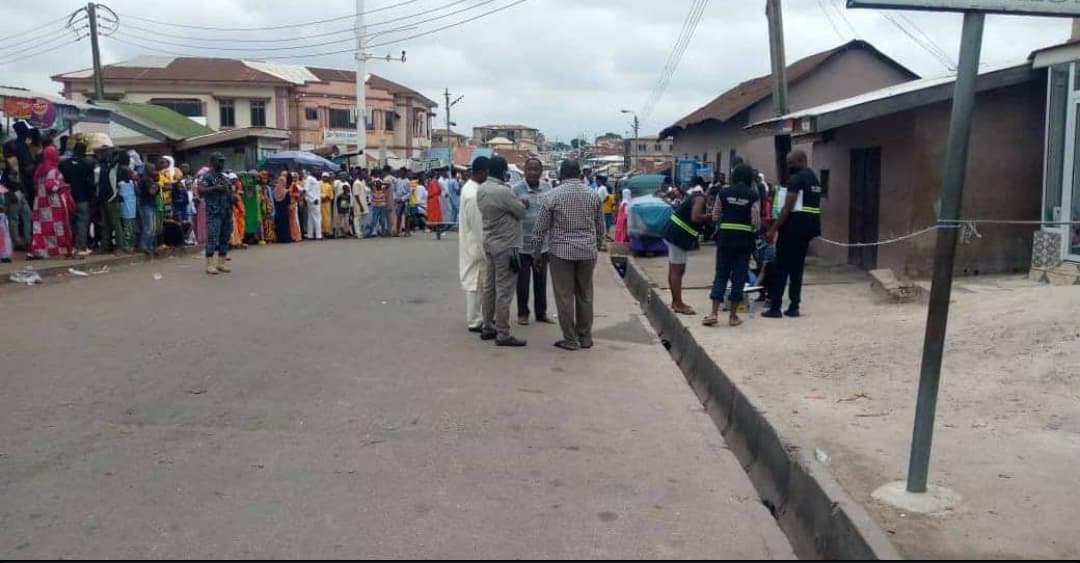 A young boy has been rushed to the Manhyia Government Hospital after he was hit by a stray bullet at Aboabo Number Two in the Asokore Mampong Municipality of the Ashanti Region.

The incident happened after a group of gun-wielding youth in the area were brandishing their weapons and firing warning shots as part of the Eid-ul-Adha celebrations.

The incident happened shortly after Eid prayers on Tuesday, July 20, 2021.

It is unclear the condition of the victim, but the Municipal Chief Executive for the area, Alhaji Alidu Seidu confirmed the incident to Citi News.

Officers of the Crime Scene Department from the Ashanti Regional Police Command have been deployed to the scene to assess the situation.

What is happening in this country? Can’t we do anything in peace any longer for fear of being shot at or injured? Gone were the days when these things only happens in neighboring countries and now it is part of us.

I pray the news about the boy being dead shouldn’t be true and he shall recover well.

Times like this people get really overwhelmed. We pray he survives. These things has to be monitored by by the authorities.This isn’t the first time and sure isn’t the last but we need to provide precautions to these festivities, before it becomes a major problem in the future

Sad. Perhaps the gun might even be licensed. People own guns in the country as it about owning a mobile phone. How is the family going to celebrate the sallah. I even heard this morning that boy is dead​:sob: