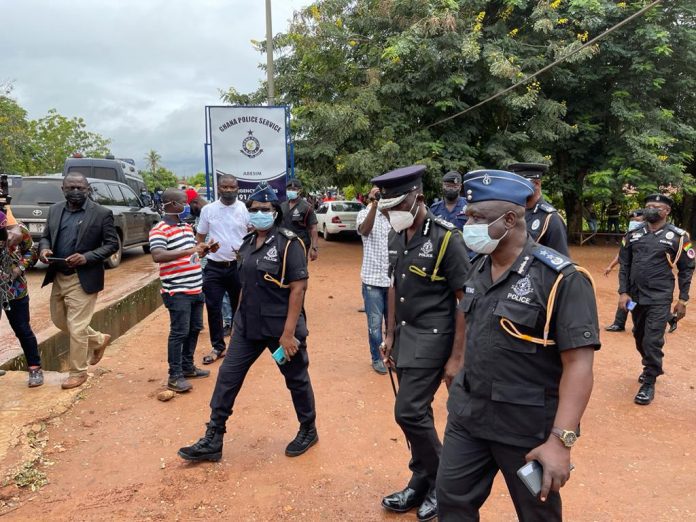 The Police have exhumed the intestines of one of the murder victims in Abesim near Sunyani in the Bono Region, a statement on Wednesday, August 25 said.

The Criminal Investigations Department (CID) headquarters team that is investigating the Abesim murder case, according to the statement, on Tuesday, August 24 2021 discovered a place where suspect Richard Appiah buried the intestines of one of the murders victims.

The intestines, according to the statement, “were buried in a cocoa farm in Abesim which the Police have since exhumed for pathological analysis and forensic examinations in Accra.”

“The investigation team has also worked around a septic tank and other places of concern for further examinations.

“Two sharp cutlasses with bloodstains used by the suspect to commit the crime were retrieved from the scene,” the statement added.

The Police in the early hours of Saturday, August 22 arrested and placed in custody Richard Appiah, 28 years, in connection with the crime.

Appiah allegedly murdered his 12-year-old relative and kept the body in his room.

A further search by the police discovered some human parts, including two human heads, in a refrigerator.

The Police have exhumed the intestines of one of the murder victims in Abesim near Sunyani in the Bono Region, a statement on Wednesday, August 25

Reading this really breaks my heart. The pictorial presentation looks gory and tormenting. I can’t even picture human beings being killed and intestines removed while other parts of the body are also dismembered or cut off.