A/R: 3 in military custody for alleged extortion at mining sites 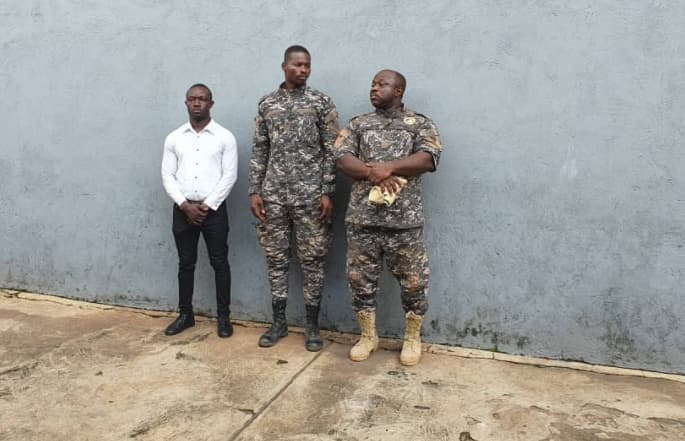 Three persons in fatigues have been arrested by the military command in the Ashanti region for illegal possession of military accoutrements.

The three were arrested at a mining site in the Manso Nkwanta enclave when they were allegedly extorting money from some miners on Wednesday September 8.

The suspects are in the custody of the military and will soon be transported to Accra on the orders of the CDS, 3news.com has learnt.

All this people are from the high authorities. Where will they get all this things from. Issues like this don’t bother me any longer because our politicians are responsible for all this . And I assure you that this case will even become a foolish case