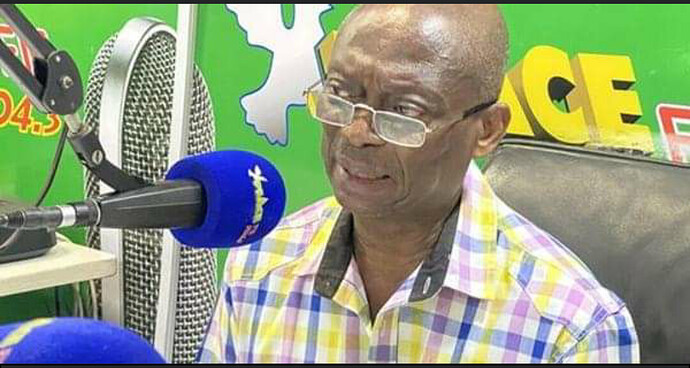 Asking the Chief Justice to step aside is “alien to the constitution” according to a renowned journalist, Abdul Malik Kweku Baako.

The opposition National Democratic Congress, NDC, wants the Chief Justice, Justice Kwesi Anin-Yeboah, to step aside temporarily, following a $5 million bribery allegation made against him.

The General Secretary of the party, Johnson Asiedu Nketiah at a press conference on Tuesday, 13th July 2021 said:
“The difficulty with this is that the investigations would concern the Chief Justice, who is the subject of the bribery allegations in this matter and in whom disciplinary authority against Judicial Officers is vested under Section 18 of the Judicial Service Act.”

“Good governance dictates that the Chief Justice steps aside during the pendency of the investigations by the Judicial Service relative to the issue of alleged misconduct on his part as a Supreme Court Judge. The Chief Justice cannot be a judge in his own cause, hence cannot set up a committee to investigate allegations of misconduct against himself.”

“I have not seen anywhere in the constitution which says if you have a case against the Chief Justice, he should step aside. There are proceedures to follow and it’s in the constitution; step aside is alien. They should go by the law if they are sure the Chief Justice has done something wrong, they should go by the law otherwise, it’s a sheer waste of precious time and space…” he said.