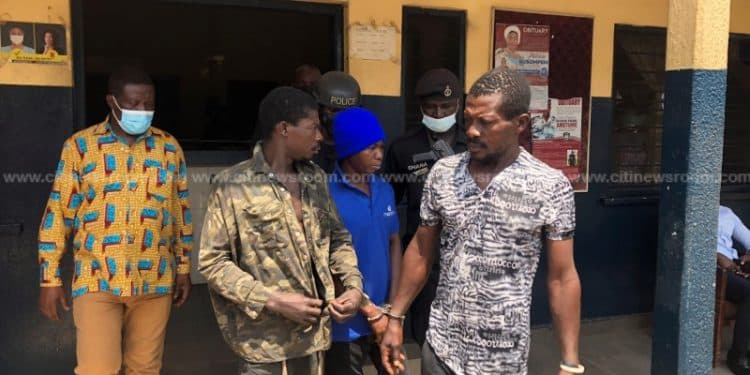 Two more persons in the Okaikoi North municipality have been arrested by a taskforce in a night operation for unlawful disposal of waste.

They add to the three arrested earlier for the same offence and held by the Tesano police.

The five will engage in community service as punishment.

In an interview with Citi News, the Municipal Chief Executive of Okaikoi North, Nii Boye Laryea, explained that the punishment was because the Abeka court was not sitting and police are not allowed to hold persons beyond 48 hours without trial.

“We decided to let them go and do some communal labour; a sanitation situation they themselves have created. We have sent them to clear heaps of refuse in different locations within the municipality.”

“If they are able to clear everything today, that will be all for the punishment but if they are not able to complete, we will send them back to the police,” Mr. Laryea said.

He also noted one of the five needed medical attention in the course of his detention.

“We were told that one of the culprits yesterday had a blackout, so he collapsed, so he was sent to the police hospital for treatment,” Mr. Laryea said.

them for br3 ruff. The way dem go use dem erhh

It is a fitting punishment. For Accra to be clean, this is one of the many steps needed to be taken

“We decided to let them go and do some communal labour; a sanitation situation they themselves have created. We have sent them to clear heaps of refuse in different locations within the municipality.”

That’s for a good start. I see no reason for imprisoning offenders for such crimes. Npontu dwuma all the way. Make dem clear den weed all, clear gutters, scrub the motorway. Any community labour biaa be okay give dem.