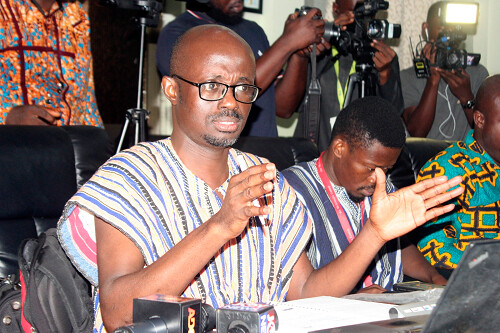 More than half of the backlog of people awaiting their second shot of the AstraZeneca COVID-19 vaccine are expected to take the jab, starting tomorrow.

The nationwide exercise, expected to be concluded on Saturday, is targeting people above 18 who received their first dose of the AstraZeneca vaccine from March 10 to 29 this year.

Speaking to the Daily Graphic in Accra yesterday, the Manager of the Expanded Programme on Immunisation (EPI), Dr. Kwame Amponsa-Achiano, said the backlog was a little over 400,000.

He said they were targeting people who took the jab between March 10 and 29 this year because the last consignment of AstraZeneca that was deployed was targeted at those who took their first jab from March 1 to March 9 this year.

He asked the target group to take along a valid national ID card and the COVID-19 vaccination card they received for the first jab.

He said a number of health facilities had been designated vaccination centers and published in both traditional and social media for easy access.

He said currently the Ghana Health Service was ensuring equitable distribution of the vaccines among vulnerable groups, the entire population, and frontline health workers to ensure a proper response.

“We are getting more than enough AstraZeneca soon to cater for any backlog and new vaccinators. In the pipeline currently is 350,000 doses, which we are preparing to receive very soon. Apart from that, a substantial number of vaccines are also expected soon.

“The government and the GHS are ensuring that no one is left behind and that would be delivered sooner than expected,” he said.

The upcoming exercise has been facilitated by the arrival of the 249,600 doses of the COVID-19 AstraZeneca vaccine delivered under the COVAX facility, courtesy of the United Kingdom (UK) government.

Under the National Vaccine Deployment Plan (NVDP) for COVID-19, the government received the initial 600,000 doses of AstraZeneca Covishield under the COVAX facility in February this year.

In May, 350,000 Covishield doses were rechanneled from the Democratic Republic of Congo under the COVAX facility.

In March 2021, Ghana received Russia’s Sputnik V before the latest arrivals of Johnson & Johnson a fortnight ago and 249,600 doses of the AstraZeneca vaccine last Wednesday.