25 Districts get priority in census mop up exercise 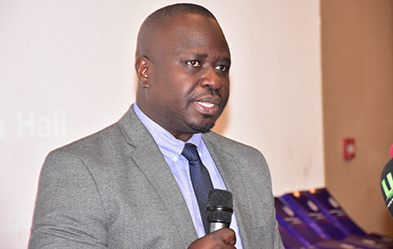 The Ghana Statistical Service (GSS) has named 25 districts for priority interventions in its mop up exercise following the extension of the 2021 Population and Housing Census to July 30, this year.

The districts are in the Greater Accra, Central, Western, Eastern and Volta regions.

“In view of the uncompromising goal of counting everyone, the data collection exercise has been further extended in selected areas across the country.

“The identification of the selected areas for extension and the accompanying duration are driven by a number of factors including calls received from persons in Ghana on their status and experience of the enumeration, departure from benchmark indicators and assessment of the coverage and quality of data received so far,” a statement issued by the GSS last Monday said.

The statement further gave an assurance that no one would be left out in the exercise as the exercise intended to capture the data of everyone.

“The GSS wishes to assure members of the public who are yet to be counted that no one will be left behind as 2021 PHC aims for complete coverage and generation of quality data for decision-making,” it said.

According to the GSS, the data collection exercise which was originally scheduled from June 27 to July 11, 2021, led to the successful enumeration of 85 per cent of the expected households.

As of the end of the sixth day of the initial seven-day extension (July 12-18, 2021) 94 per cent of the expected households had been enumerated.

“In all 16 regions, data collected exceeded three-quarters of the expected data, with all of them surpassing 90 per cent with the exception of Greater Accra,” the statement indicated.

The GSS and its Census Management appealed to members of the public who were still unwilling to be enumerated to cooperate with enumerators and allow themselves to be counted, adding that the next update will be on Friday, July 30, 2021.

“To persons yet to be counted, please make yourselves available by using the call-back card or informing your neighbours when you would be available,” the statement further said.

It said the GSS had instituted physical visits to selected households for purposes of verifying information collected by its field officers and that those visits will be done by field monitors who will be wearing field monitor’s jackets branded with the 2021 PHC and GSS logos and carrying photo ID.

The just ended census was done in so much rush. A lot of people couldn’t get counted and from what I heard, their IT system was a fiasco. How sure are we will get a number even close to being correct?